By Admin
February 19, 2016newsshowbizvideoviral
KathNiel fans have been buzzing about a viral video showing Kathryn Bernardo hugging Daniel Padilla after the actor made a half-court shot. 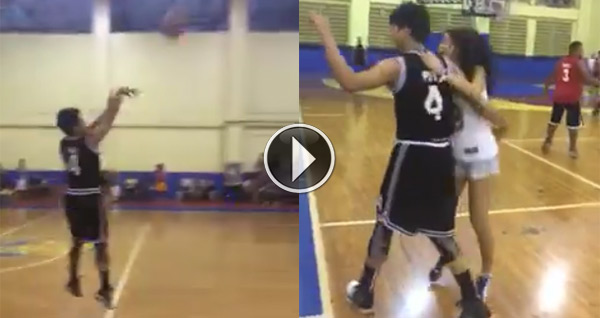 In the video, Daniel is seen dribbling the ball and firing a three-pointer from downtown during an exhibition game. After the shot came in, his loveteam partner and rumored girlfriend gladly approached and hugged him.

In spite of speculations that the Teen King and Queen are already an item, they have not formally admitted the relationship.

But many fans said KathNiel's actions speak louder than words.

"What you see is what you get," a supporter tweeted.