By Admin
February 11, 2016newsvideoviral
It was supposed to be a joke but a man got the shock of his life when he accidentally broke the neck of a little boy who was playing DOTA.

At first, the unidentified man asked the boy questions about the computer game which the latter answered promptly. After a while the suspect grabbed the boy's head with both hands from behind and twisted it from center to right and then right to left.

So much pressure was exerted in the third twist that the boy's neck got snapped, leading him to instantly lose consciousness. It was fatal, apparently, as the supply of spinal fluid to the child's brain brain may have been cut, causing brain damage or even death. 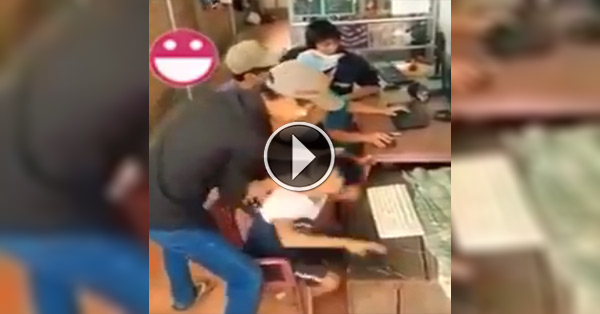 The incident, said to have taken place in Indonesia, was captured on video posted on Facebook last January 22 by a certain Faiz Ahamed Chooty Malli. It already garnered more than 320,000 views as of 9 a.m. on February 11th.

It's unknown whether or not the suspect has been arrested.

Some people may find the following clip disturbing. Viewer discretion is advised.