By Admin
February 22, 2016newstrending topic
The University of the East announced that its Board of Trustees approved the dismissal of the student who turned the Philippine Flag into a mop. 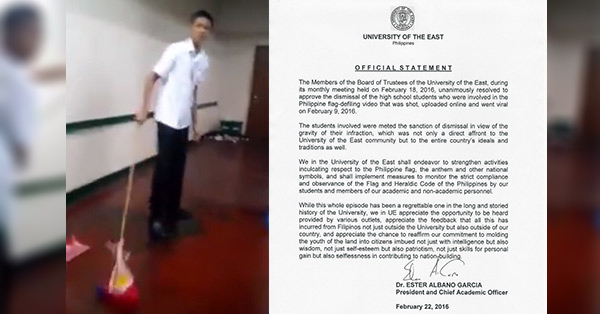 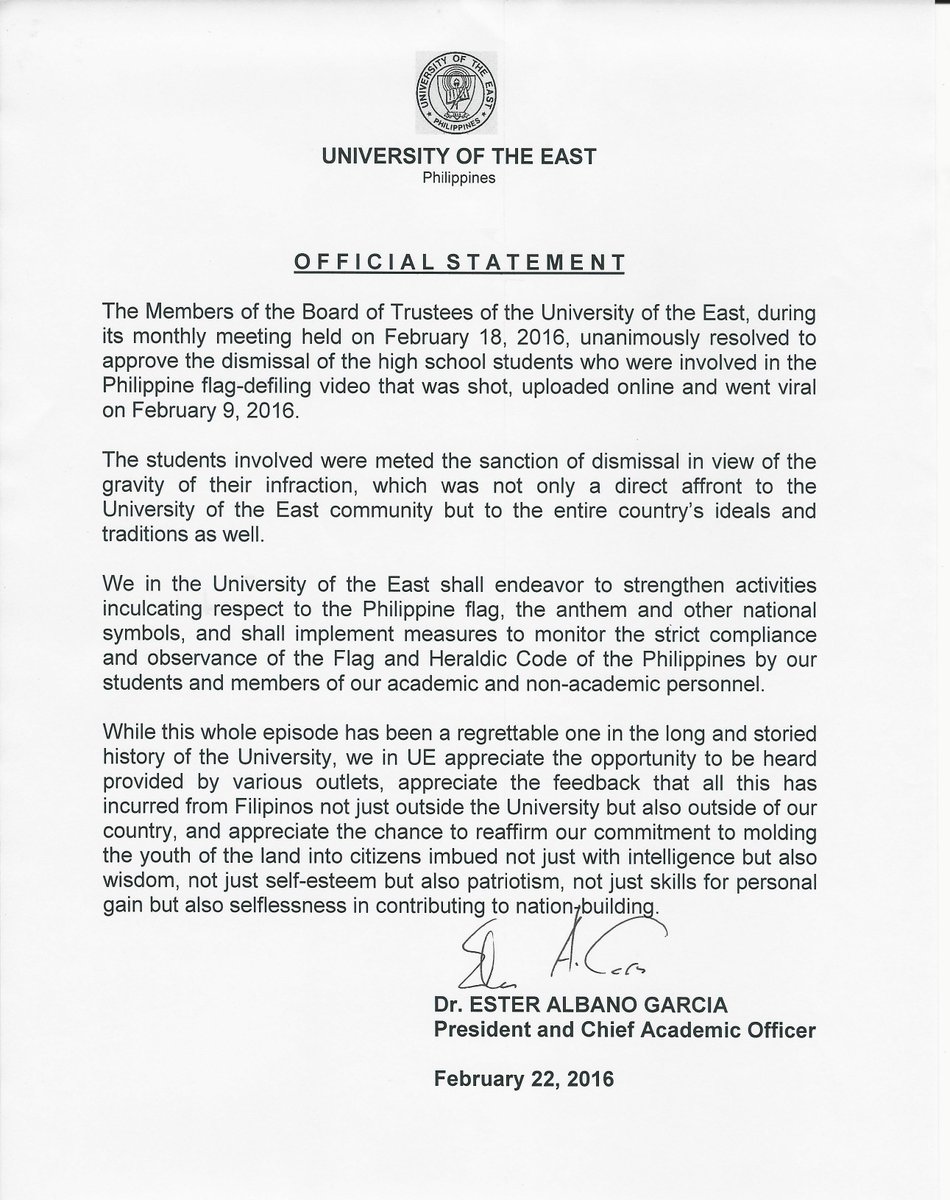 In the video that went viral since February 9, the male student is seen mopping the floor of a school building using a Philippine National Flag.

Section 34, paragraph (a) of Republic Act 8491 states that it shall be prohibited "to mutilate, deface, defile, trample, on or cast contempt any act or omission casting dishonor or ridicule upon the flag over its surface."

The other students who were with him took the video and uploaded it online.

"The students involved were meted the sanction of dismissal in view of the gravity of their infraction, which was not only a direct affront to the University of the East community but to the entire country's ideals and traditions as well," the statement signed by Dr. Ester Albano Garcia, UE President and Chief Academic Officer, read.

"We in the University of the East shall endeavor to strengthen activities inculcating respect to the Philippine flag, the anthem and other national symbols, and shall implement measures to monitor the strict compliance and observance of the Flag and the Heraldic Code of the Philippines by our students and members of our academic and non-academic personnel," the statement continued.

"While this whole episode has been a regrettable one in the long and storied history of the University, we in UE appreciate the opportunity to be heard provided by various outlets, appreciate the feedback that all this has incurred from Filipinos not just outside the University but also outside of our country, and appreciate the chance to reaffirm our commitment to molding the youth of the land into citizens imbued not just with intelligence but also wisdom, not just self-esteem but also patriotism, not just skills for personal gain but also selflessness in contributing to nation-building," it added.