By Admin
February 12, 2016newstrending topic
One Direction member Niall Horan has been spotted in Boracay over the weekend, according to reports and trending posts on social media.

The 22-year-old Irish singer-songwriter and guitarist flew from Bali, Indonesia to Manila, Philippines and then proceeded to Boracay, ranked as one of the best beaches in the world. This was confirmed after a fan posted his Cebu Pacific plane ticket.

One Direction first came to the country for a two-night concert at the SM Mall of Asia Grounds in March last year.

Horan became a trending topic on Twitter for the past 24 hours as 1D fans tweet pictures of him arriving at NAIA and walking at the seashore in Boracay.

Here are photos and a video: 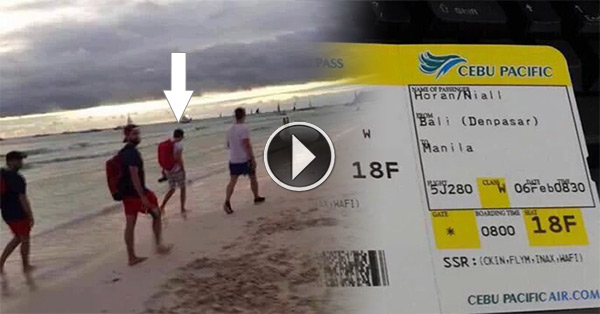 ADDITIONAL PROOF THAT NIALL IS IN BORACAY, PHILIPPINES.