By Admin
February 15, 2016newstrending topicviral
Netizens on social media have identified the student who was seen in a viral video mopping the floor of a building with the Philippine flag.

According to a Facebook page, the young man's username is "Ro Jard Brit." He is allegedly the same kid spotted in another viral video showing teenagers who disarranged grocery items in a department store. 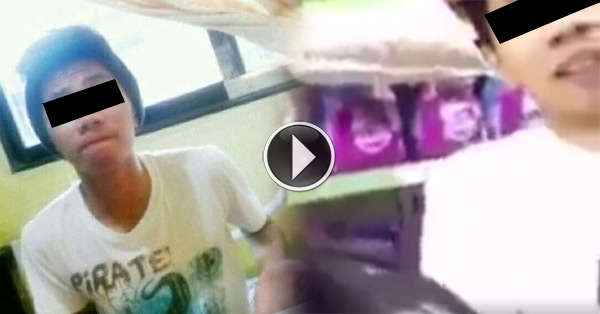 However, some expressed doubt that the student and the companion of the naughty girl at the grocery store are two different persons as there are discrepancies in their facial features when compared.

Coolbuster.net also received reports that the student was a victim of bullying in school. A tipster said he was only ordered by the bullies to mop the floor with the national flag, an act many including overseas Filipino workers condemned.

What we're trying to say is that people should take almost everything posted online with a grain of salt unless confirmed by the ones involved.