By Admin
February 12, 2016newsphotoscandalviral
Actor Martin del Rosario has admitted that the scandalous photo that went viral online, which shows him wearing nothing but a sando, is real.

The picture circulated last Monday, February 8, and those who have seen it believed he was the man whose manhood was exposed as he was wearing no underwear. 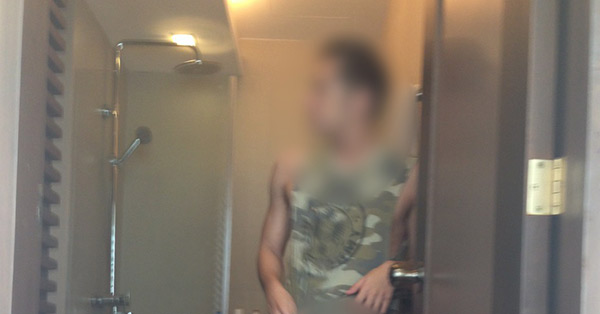 Martin confirmed the authenticity of the image in an interview with PEP.ph (Philippine Entertainment Portal) during the GMA Thanksgiving Party held at Shangri-La Hotel in Makati City on Wednesday, February 10.

The Kapuso actor said he recognized his face and sando, but denied taking the picture. Martin said he doesn't know who took it and cannot even remember when it was taken.

At first he doubted the photo because of the blurred part, thinking it might have been edited, but later realized it was him.

Martin said he learned his lesson and promised to himself to be extra careful next time.

The actor was also linked to a scandal photo that surfaced in June 2015, which he strongly denied.