By Admin
February 24, 2016newsshowbiz
After cutting ties with GMA Network and going freelance, singing champion Jonalyn Viray has transferred to ABS-CBN and changed her name to Jona. 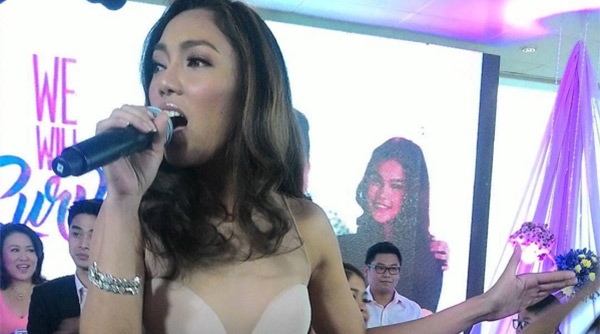 According to a report, it was revealed that the 26-year-old singer has become a Kapamilya during the launch of the upcoming comedy-drama television series We Will Survive starring Pokwang and Melai Cantiveros, which will start airing on February 29.

Jona performed the Gloria Gaynor hit "I Will Survive" at the event.

In an interview, the Kapamilya newcomer said she is happy and nervous at the same time.

Rumors about her plan to move to ABS-CBN started circulating in December last year, several months after her contract with GMA Network expired.

As Jonalyn, she won as first grand champion of GMA-7's top-rating singing competition Pinoy Pop Superstar, which was hosted by Asia’s Songbird, Regine Velasquez, in 2005.

She was a pioneer member of the female singing group La Diva and one of the resident young divas of Sunday musical variety shows such as S.O.P., Party Pilipinas and Sunday All Stars.

Jona is expected to become a regular singer on ASAP now that she is with ABS-CBN.