By Admin
February 28, 2016newsviral
A jeepney driver earned praises from netizens for returning the cellular phone of a passenger in Cavite without expecting anything in return. 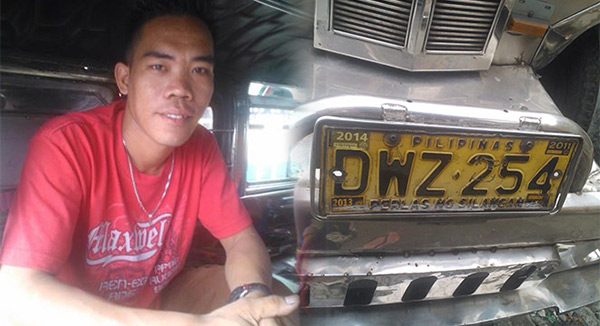 In a viral Facebook post, Hazel Ivory Sarmiento narrated that she lost her cellphone last Wednesday, February 24, while going home from duty as an operating room nurse at University of Perpetual Help DALTA Medical Center.

After reading some text messages, the OR nurse said she placed the cellphone inside the pockect of her scrub suit. As the jeepney got congested, she did not realize that it fell.

Sarmiento said she tried to send a text message to her own number hoping that her cellphone, or perhaps its simcard, will be returned. Hours passed and no one replied.

She already decided to buy a new one when someone texted and told her he found the cellphone. It was Alvin Ret, driver of a jeepney with licensed plate number DWZ 254 which has a Zapote-Binakayan route.

On Thursday, February 25, the jeepney driver returned the cellphone to Sarmiento, who offered him money as a token of appreciation. He refused to accept it, saying what's important is that he was able to return the item to its rightful owner. 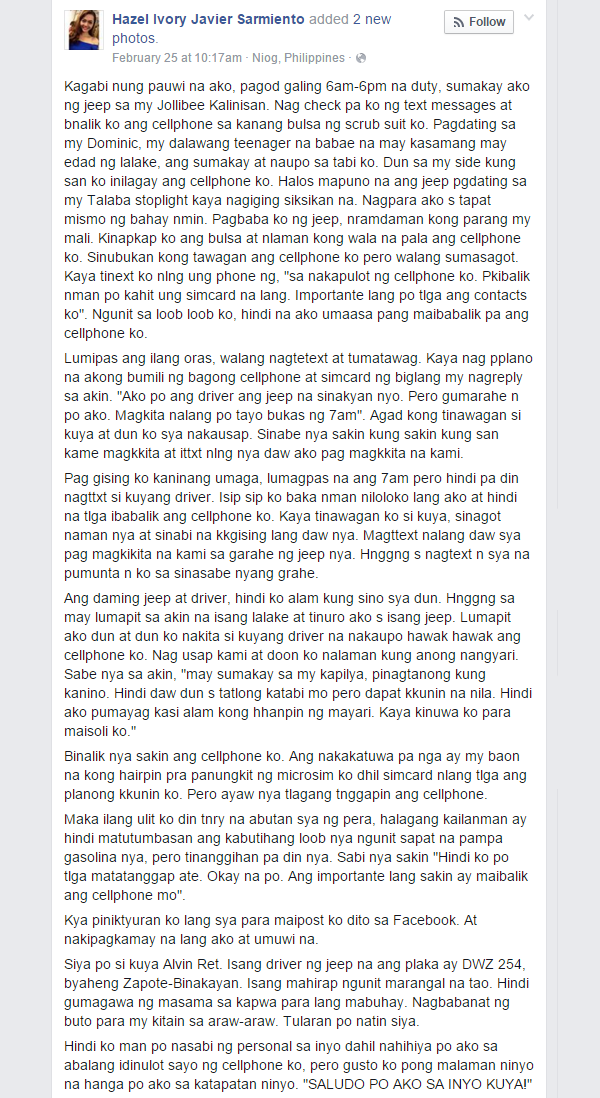 As of Sunday morning, Sarmiento's viral Facebook post already got more than 140,000 reactions and over 58,000 shares on the social networking site.