Jasmine finally makes an admission about photo with Erwan

By Admin
February 10, 2016newsphotoshowbizviral
Jasmine Curtis-Smith has finally made an admission about a photo that showed her sister's boyfriend, Erwan Heussaff, apparently kissing her.

The 21-year-old actress admitted that she is not affected by the issue.

In an interview during the press conference for TV5's fantasy series "Ang Panday," Jasmine told reporters that the viral photo, which was a screenshot of a video she posted on Snapchat, was never an issue between her, Anne and Erwan.

In fact, she said they just laughed it out.

Jasmine shared that she received criticisms online when the picture circulated. Some called her flirt while others hurled hurtful words against her, but she did not let negativity affect her as bashers do not know the dynamics between the three of them.

The actress said she just questioned why people would think that way since she has always been conscious of what she posts on social media.

"I'm not playing it safe, I just don’t have to worry what people will think because I know that I'm not a flirt," she said. 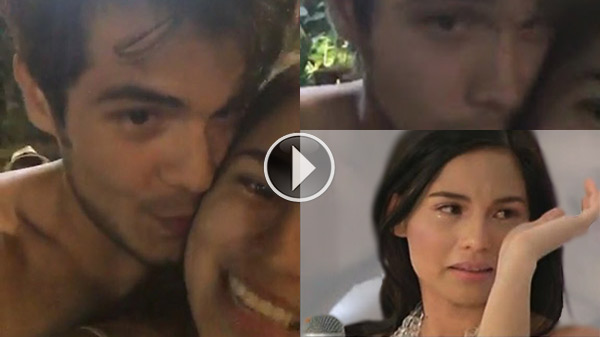 To clarify the issue, her sister posted a statement last January 26 urging people to stop saying awful things about Jasmine and Erwan.

Anne reportedly said the picture was "wrongly screencapped" and those who reacted negatively made erroneous conclusions and were malicious.

"Hey all, this is getting out of hand. It was all an inside joke between my boyfriend, my sister, myself and everyone at the party. My private account was wrongly screencapped and this is becoming ridiculous. We took down posts because so many people reacted maliciously to them automatically and we didn’t want all of this to happen. Case in point. Nothing happened, we are all fine," the Kapamilya star tweeted.

"I’m lucky that Erwan treats Jasmine like his own sister. He has known her since she was 13. So please STOP. It deeply saddens me that such viciousness is being thrown at the people I love. DON’T perverse their relationship. I mean, seriously. This is a non-issue," the actress added.