In a relationship: James Reid, Nadine Lustre now a couple

ABS-CBN entertainment news reporter MJ Felipe revealed it on Twitter over the weekend. 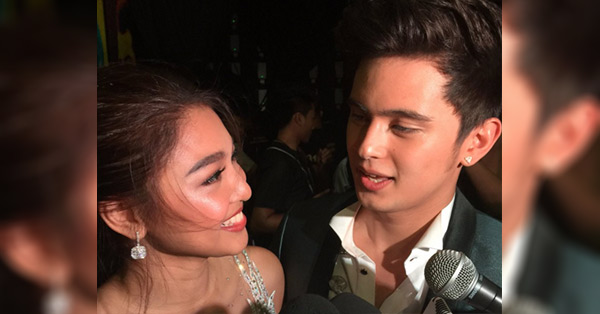 MJ said James made the admission about the real score between him and Nadine during a backstage interview after their concert at the Araneta Coliseum last Saturday, February 20.

JaDine officially became a couple on February 11, 2016 according to MJ's tweet.

ABS-CBN PR, meanwhile, posted a photo of the couple during their concert with the caption that qouted James saying "I love you" to Nadine.

In the interview, James reportedly said he uttered the magic words because he really loves his girlfriend. Nadine replied, "I love you too."

MJ said he was speechless.