By Admin
February 03, 2016Entertainmentnewsvideo
A new dance craze has hit the Philippines. Browse Facebook today and you will find various videos of Filipino kids dancing "I'm an Albatraoz."

It was in 2014 when Swedish DJ and record producer AronChupa released the single, Filipinos noticed it in mid-January 2016, just over four months after its official music video was published on YouTube.

The video features Nora Ekberg, AronChupa's sister, and several backup dancers in their dressing gowns. It also shows a drummer, some saxophone players, and AronChupa behind a turntable.

According to a Wikipedia entry, the word albatraoz is a made up word created to reference an albatross (the seabird) and Ekberg's group itself.

In the video, Ekberg raps about a woman named Lorie, who she calls a mouse and being refered to in a vulgar way. 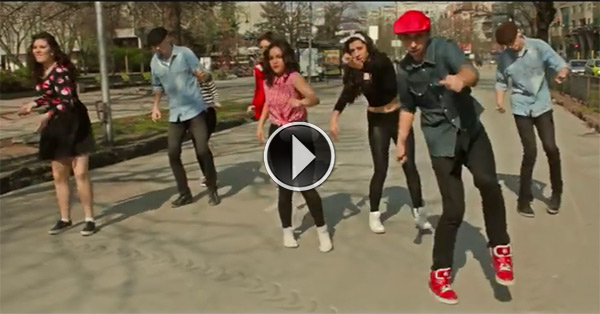 We've seen a variety of choreography created by Filipinos that include funny movements, but the proper execution of the dance steps are shown in the following video:


"I'm an Albatraoz" is featured in the dance video game Just Dance 2016, which game developer Ubisoft released in October 2015 for PlayStation 3, PlayStation 4, Xbox 360, Xbox One, Wii, and Wii U.