There's actually a peaceful strike that's going in the campus as shown in a photo that went viral via social media since Tuesday, February 2. In it, several students are seen holding banners printed with the words "No To Haircut Policy" and "Stop Repression" (the psychological attempt made by an individual to repel one's own desires and impulses).

A bigger banner that says "Walang Kinalaman ang Buhok ko sa Aking Pag-aaral" (my hair has nothing to do with my studies) was hung in between poles, which clearly signifies what the protest is all about. 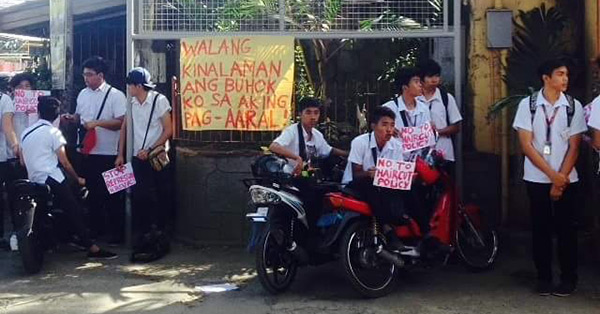 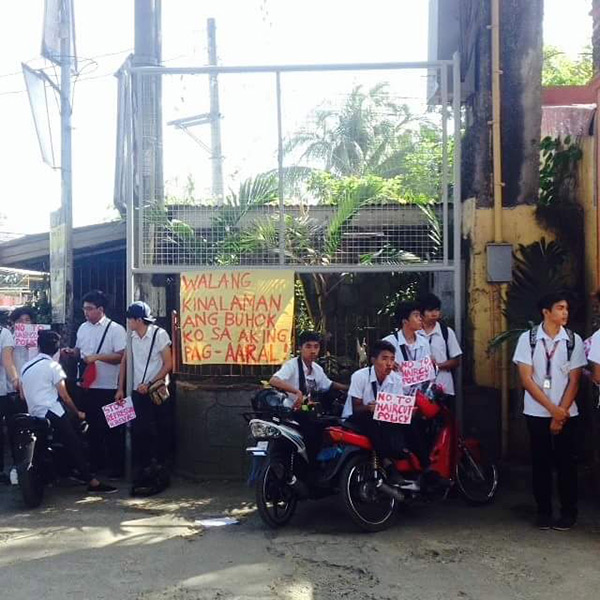 The issue sparked an online debate among students and concerned netizens. The BulSU Secret Files page on Facebook encouraged its followers to post their sentiments, whether it is for or against the university's haircut policy.

One student said he does not understand why the school implemented the restriction only this Monday as it is already the middle of the second semester. He said they were informed about the hair color but was surprised when the security guard told him that having bangs below the eyebrows is likewise not allowed.

Another said the administration should have informed the students or announced the new policies ahead of its implementation. He said it is not easy for them—especially those who live in distant places—to go home after being barred from entering their classes just because they were not wearing leather shoes or their hair has a different color other than black.

There is a few who said students should just abide by the rules, regulations and policies of the state-run educational institution saying that after all it is one way of learning proper discipline.

It is unknown yet whether or not the administration already reacted to the protest.