By Admin
January 03, 2016musicnewsvideoviral
Actress Kristel Fulgar welcomed 2016 with a cover of a Justin Bieber hit. In this viral video, she sings "Love Yourself" while driving her car. 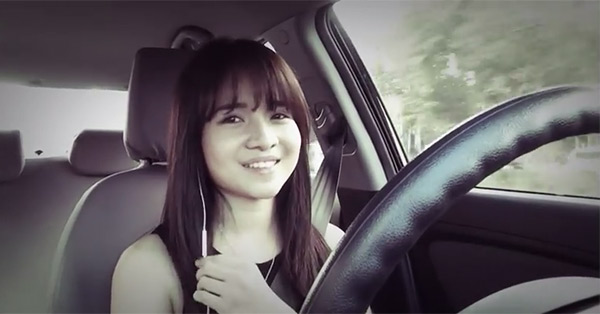 "My first ever full video cover! Take a sneak peek inside my car! Hope you like it," the 21-year-old Kapamilya star posted.

Her music video is now going viral on social media, quickly garnering thousands of likes and shares since she published it on YouTube on January 1st.

Fulgar is known for her roles in Goin' Bulilit, Maria Flordeluna, Dahil Sa Pag-ibig, Got to Believe and Bagito. She portrays Ichu in ABS-CBN's hit primetime series Pangako Sa'Yo.

Watch her perform "Love Yourself" in the following video: