By Admin
January 25, 2016newsphotovideoviral
Photos of a kissing couple whose physical and facial features resemble to that of Erwan Heussaff and Jasmine Curtis have gone viral online.

The public knows very well that Erwan is the boyfriend of Jasmine's sister, Anne Curtis, but in the video reportedly posted by Jasmine on Snapchat, Erwan appeared to be flirting with and hugging her.

Screenshots of the alleged video also show the 21-year-old actress smiling while the cooking show host is kissing her cheek. 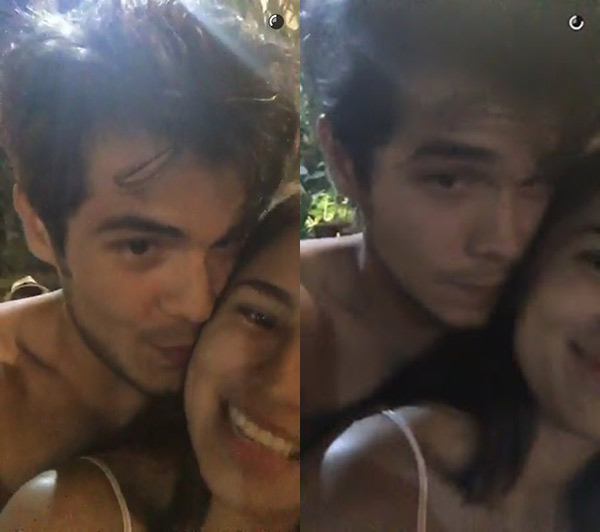 The intriguing video, rumored to be taken at a pool party during the food blogger's birthday, was deleted a few moments later, according to some blog posts.

Erwan and Jasmine as well as Anne have yet to give a word on the controversy.