"I know to be declared as sultan, one should have royal blood," Kat De Castro, broadcast journalist and host of the defunt show "Trip Na Trip," posted on Facebook.

"I am a part of the royal Sinsuat clan. I know these things," she said upon sharing to her followers a link to a TV5 video report on the proclamation. 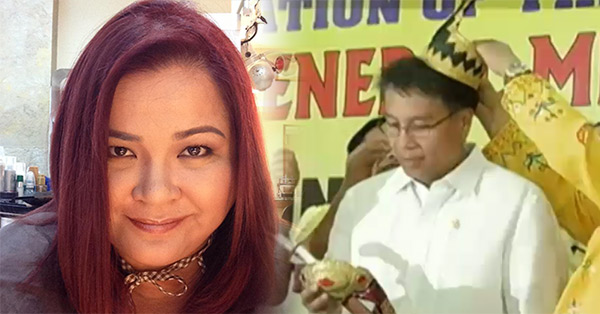 On Tuesday, January 12, the former interior secretary and now LP standard bearer was proclaimed Datu and honorary Sultan when he visited Marawi City and met with local officials there.

The news was met with negative reactions coming from netizens, some of whom said it was an "epal" move by Roxas just to gain voters from the muslim community.

"Who in the world is Mar's adviser?!" she asked. "This won't paint a pretty picture at all." 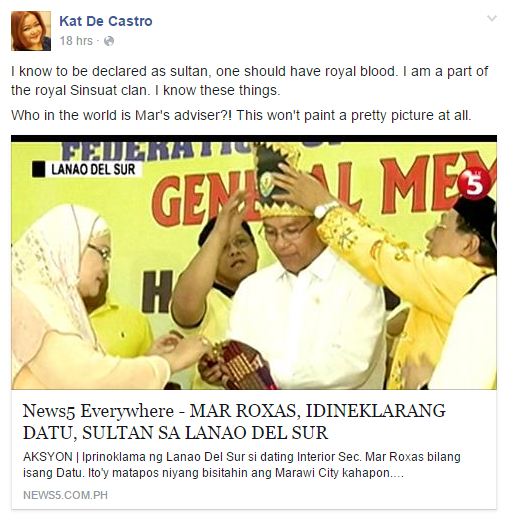 Will her comment on Roxas affect the working and personal relationship between her father and his fellow TV Patrol anchor, Korina Sanchez, who happens to be the wife of Roxas?