By Coolbuster
January 29, 2016newstrending topic
A former Starbucks employee defended the company against the controversy involving a customer who claimed she found a mouse in her coffee.

In addition to what was reported earlier, the complainant named Jessa underwent a medical check-up after the incident.

Test results showed that she has symptoms of acute gastroenteritis and leptospirosis, a disease that is contracted from rats, according to ABS-CBN News.

Jessa reportedly said she continues to vomit, feel dizzy, and had lost her appetite. She reiterated that her cup was sealed from the moment she left Starbucks until she noticed the dead mouse inside it.

She is under observation for five days.

Meanwhile, a certain Marco Carlo Calibara, who said he worked with the coffee shop for more than 3 years, turned to Facebook to express his opinion on the issue.

He refuted Jessa's claim and challenged her to have herself checked again but this time in the presence of a Starbucks partner.

Calibara believes that the complainant was making up a story saying it was impossible for the branch manager to not apologize since Starbucks employees, according to him, "follow specific service recovery steps."

"I STRONGLY SUPPORT STARBUCKS AGAINST THIS STUPID ISSUE. I was a partner before, and forever will be partner, by heart!" he said in a viral Facebook post. 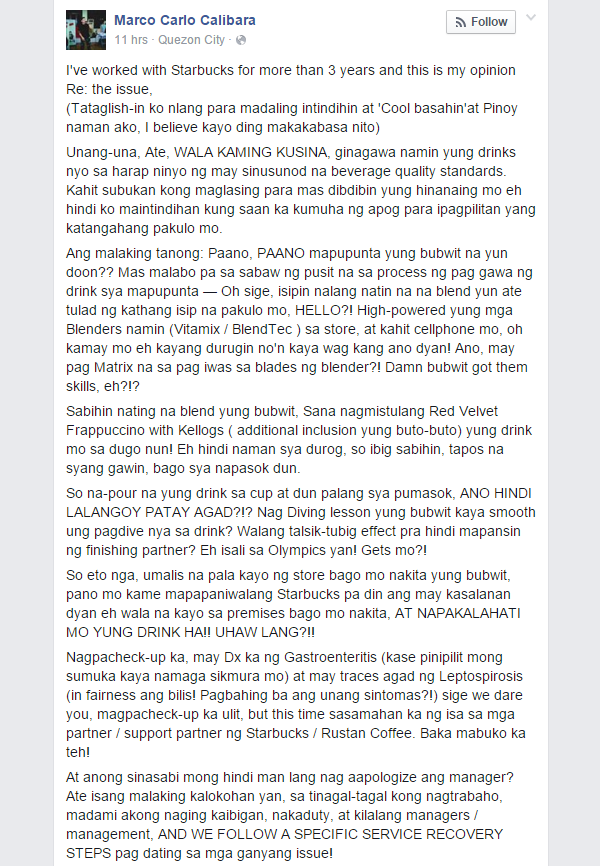 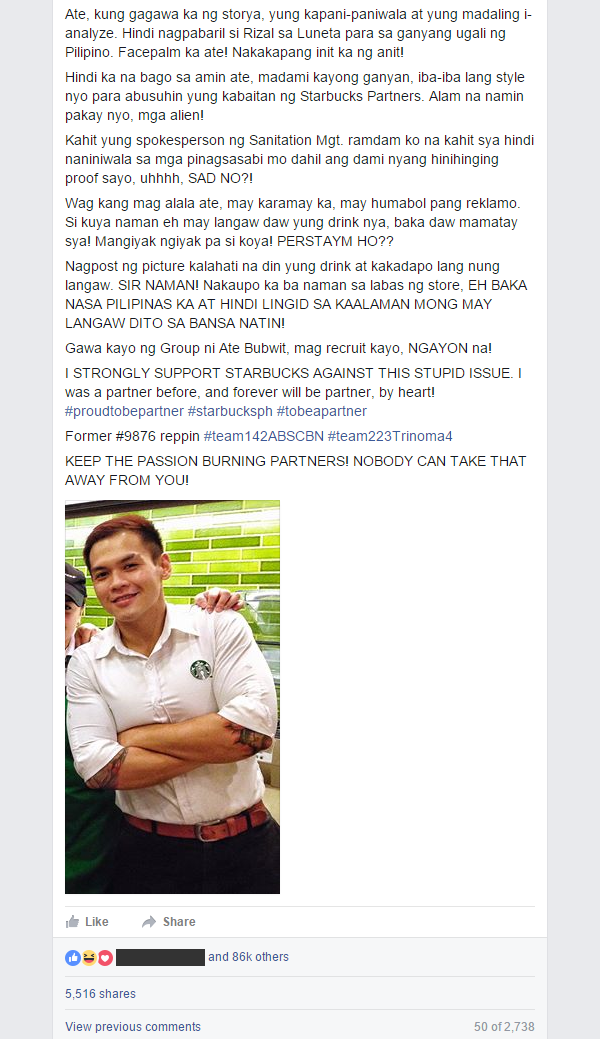