Duterte: I have never tasted defeat in my life

By Unknown
January 15, 2016newspolitics
“I’ve never tasted defeat in an election, in any election in my life,” Davao City mayor Rodrigo Duterte was quoted saying to his audience of businessmen in a forum at the Manila Polo Club where he was the guest speaker on Thursday, January 14. 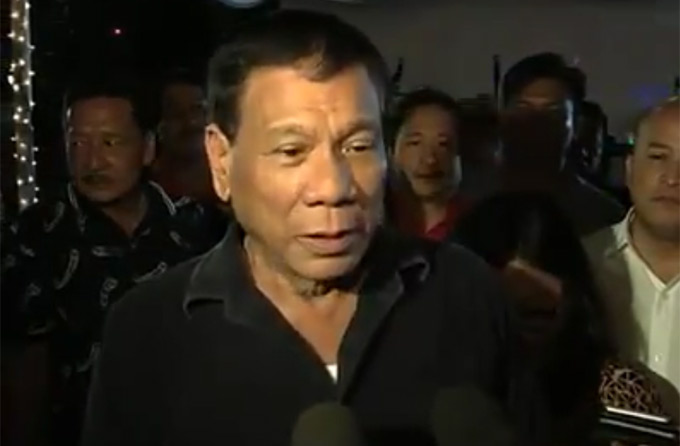 Duterte challenged his critics and detractors to pursue the disqualification cases against him. The mayor expressed that losing the presidential race will not be devastating for him. He would be happy to suffer defeat at least once before he dies so he would know the experience, he added.

As he extemporaneously spoke in a mixture of Tagalog, English and Visayan, the presidential candidate told members of the Manila and Makati Rotary Club that his platform of governance could be counted with the fingers of one hand.

Duterte particularly accentuated about law and order, especially the abolishment of narcotics - the source of all criminally vicious acts. Nicknamed “The Punisher,” he is known for his iron-fisted approach against criminals.

The feisty mayor emphasized that he will wipe out all illegal drugs in 3 to 6 months, and will not allow our country to become a narco state, a.k.a Asia’s Mexico.

Despite claims of Martial Law declarations, Duterte said he would not do it to merely demonstrate a "strongman" type of rule.

"We have had a taste of that and it was disastrous. I would just be a hardliner in crime, and I have promised the people, if elected, that I would stop it, suppress it – drugs, crime and corruption."

His next move will be to ask Congress to pass a measure restoring the death penalty. Capital punishment will be imposed for all heinous crimes caused by illegal drugs, he said.

Duterte admitted that although difficult, he will not back down from the challenge of solving Metro Manila’s problem with traffic.

“There is no silver bullet to all our problems, even those in Metro Manila, but I will look for solutions,” he said.

The Rotary program director, Tong Payumo, voiced his impression saying that he was happy to know that Duterte has more to offer than what he reads and hears on the news.

Rudy Bediones, a former president of the club, agreed with Duterte’s intentions saying that: “If you lower the crime rate, definitely business will come in, especially from abroad. So I think if he solves the problem—criminality and drugs—we’re going to go places.”