By Admin
December 16, 2015newsvideoviral
Two workers of the Ninoy Aquino International Airport (NAIA) were caught on camera opening a baggage. Watch this video that has gone viral.

The raw footage, which was captured on a cellphone by a female flier inside a plane through the window, shows the NAIA employees taking what appears to be a package out of a bag. 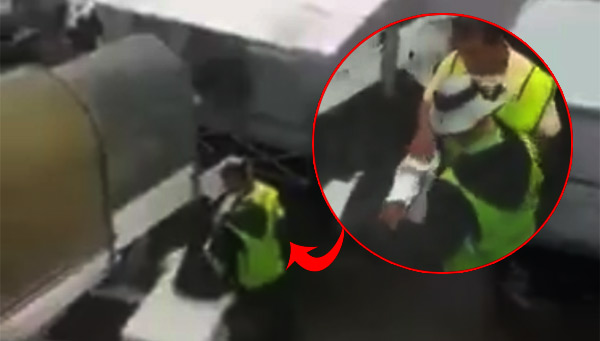 The identities of the baggage handlers and the owner of the luggage are still unknown.

No reaction coming from NAIA management has been reported yet as the video is newly-uploaded.