By Admin
December 30, 2015newsvideoviral
A cellphone video that has gone viral on Facebook during the holiday season captured a scene that rarely happens — a dog mating with a cat. 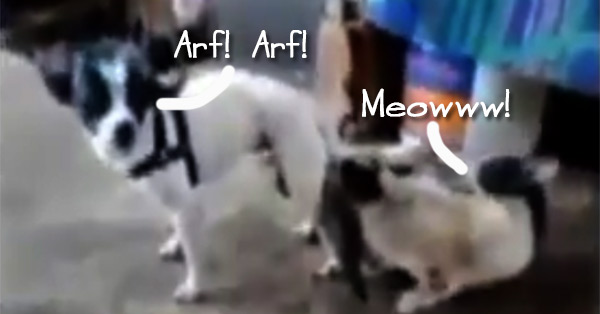 The Facebook page where the 3-minute, 47-second clip was posted did not disclose the place and date the uncommon pairing took place.

The video shows the dog and cat in an akward position for more than two minutes during a hybrid breeding before some individuals, who were laughing and taking images of the domesticated animals at the same time, separated them.

Netizens said they wonder if the dog and cat will have offspring. Well, after a brief research, we can say it's possible.

In November 2006, the Daily Mail posted a photo of Mimi, said to be the first cat to give birth to puppies.

The cat's owner, 18-year-old Brazilian Cassia Aparecida de Souza, claimed that three of her cat's six offspring, which were born three months after Mimi mated with a neighbor's dog, have canine traits.