By Admin
December 02, 2015newsvideo
The businessman in this video, Tiong San owner Henry Tan Lao, was found dead with multiple stab wounds in his home in Baguio on Tuesday.

In the video published on September 10, 2015 by YouTube user "pinoydreamer26," the 68-year-old is seen berating a female customer, who bought several yards of cloth, over an erroneous measurement. 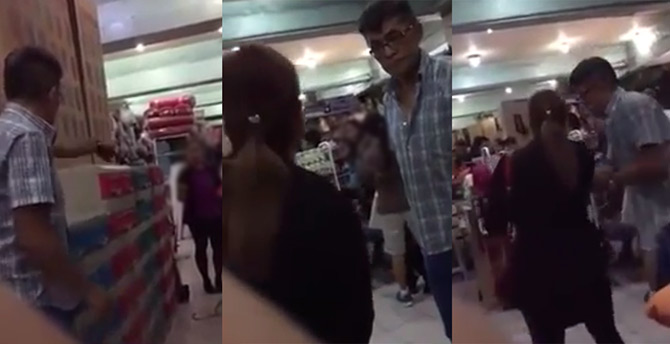 At 10:30 a.m. on December 1st, SP01 Jackson Pabillo found Lao's body in his house in Barangay Ferdinand after relatives and some concerned residents reported at the Baguio City Police Office (BCPO) Station 5.

Supt. Cherry Fajardo, spokesperson of the Cordillera police office, said it is possible that Lao may have been attacked on Monday night. Initial police investigation showed that neighbors saw a man leave Lao's residence after they heard noises at 11 p.m. on November 30.

Lao's cellphone and a huge sum of money inside his wallet were allegedly missing. Probers theorized that the attacker was known to the victim since there was no forcible entry in the house.

An in-depth investigation to identify the suspect and determine the motive behind the killing is reportedly underway.