By Admin
December 18, 2015newsweather update
News updates on Bagyong Onyok, a tropical depression, from the state weather bureau PAGASA as of Friday, December 18, 2015, can be viewed here. 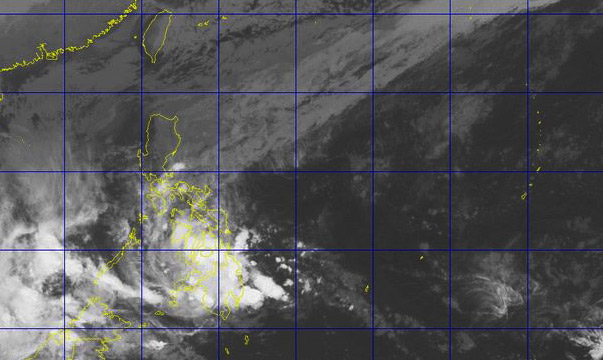 In its latest bulletin, the weather agency announced that TD Onyok has slowed down and slightly weakened as it moves closer to Davao Oriental and expected to further weaken into a Low Pressure Area (LPA) upon landfall.

As of 8 p.m. today, Onyok was spotted at 110kilometers East of Mati City, Davao Oriental, packing maximum sustained winds of 45 kilometers per hour near the center. It is moving West at 18 kph.

State forecasters said the estimated rainfall amount is from heavy to intense within the 150 km diameter of Bagyong Onyok.

Residents in low lying and mountainous areas of the provinces with Public Storm Warning Signal are alerted against possible flashfloods and landslides.

The tropical depression has been expected to make landfall over Davao Oriental between 8-10 p.m. Friday.

Meanwhile, Bicol Region, Eastern Visayas and the province of Quezon will experience moderate to heavy rains which may trigger flashfloods and landslides.

Sea travel is risky over the seaboards of Luzon and the eastern seaboard of Visayas due to big waves generated by the surge of the northeast monsoon, PAGASA added.