LOOK: Is this the 'most epic tarpaulin layout fail'?

By Admin
December 14, 2015newsphotoviral
A photo of a tarpaulin erected at a roadside in Maataas Na Kahoy, Batangas, has gone viral. Is this the "most epic layout fail?" Take a look.

The signage shows the perspective of a market building, a project of the local government under the leadership of Honorable Jay Manalo Ilagan.

At first it looks like an ordinary tarp, but when one would stare on the arrow, it appears to be pointing to the large photo of the town mayor instead of the project site.

Below the arrow is a statement that reads "This is where our taxes go."

The picture shared on Monday by a certain Jb Angeles drew laughter on Facebook.

Some netizens joked that Mayor Ilagan should be "re-elected" for being "honest." Others said it was the layout artist's fault. 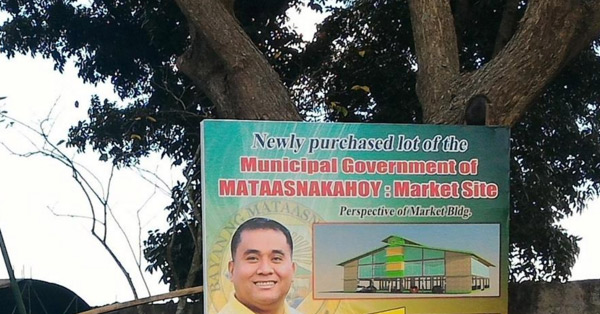 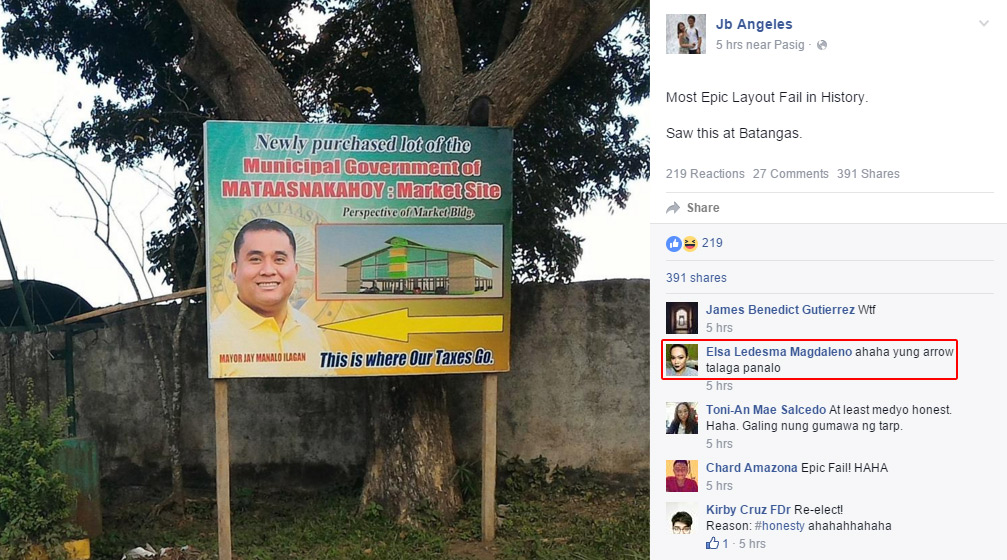