By Admin
December 22, 2015newstrending topicvideo
Miss Universe Germany Sarah-Lorraine Riek got under fire online after she made a controversial statement on the Miss Universe 2015 result.

The 23-year-old actress, model and beauty queen was asked to explain why she and several others rushed to Miss Colombia instead of congratulating Miss Philippines.

She responded: "Because none of us vote[d] for Miss Philippines, I am so sorry to say that."

As one of the twists during the pageant, the 77 candidates who did not make it to the Final 3 and previous rounds collectively became the "surprise" sixth judge.

Riek went on to say that they were disappointed with the outcome of the competition.

"I really couldn't believe it, I was so upset. For me (she was robbed) as the real winner. I was very happy for Miss Colombia because she really deserved it. I'm really not happy with the result and so are the other girls, I'm sorry to say it."

Filipino netizens met Miss Universe Germany's controversial statement with negative comments, with some saying that she was "rude," "bitter" and "unprofessional."

"Maybe, she doesn't know that Pia Wurtzbach is half German," one social media user posted. 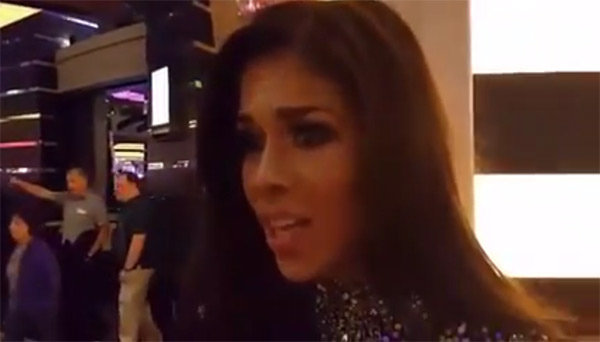