By Admin
December 05, 2015newspoliticsshowbiz
It's confirmed, singer-songwriter Jim Paredes is the man sexy dancer and model Mocha Uson referred to in her blind item, which went viral on Facebook. 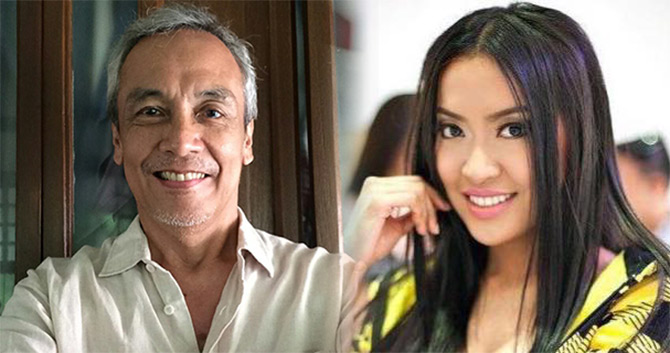 I just can't believe what I read about a blog of an OPM artist bashing DUTERTE calling him a very immoral person.

This OPM artist is very well-known and is considered as an icon in the music industry. He has very close ties with the AQUINOs and has a very religious public image.

He was hitting so hard about the immorality of DUTERTE hindi po kinaya ng aking damdamin ang nabasa ko. Dahil noong panahon na ako ay nasangkot sa isang controversy about my sexuality, this OPM artist invited me for an interview. He said he wanted to feature me on his column. Since he's a very “RESPECTABLE” man in the MUSIC INDUSTRY, I agreed to meet with him. But I was shocked how the interview went. His questions were not in anyway related to my group or my career. He asked me, "Gaano ka ba KA-LIBOG?” I almost spit out my coffee and he went on saying "pero iba ang libog ni Mae, noh?" (Mae is my bandmate). Literally, this very respected OPM artist was hitting on Mae and me. The questions continued but it was all about SEX. I was really shocked because this OPM Artist has an image of being a PATRIOTIC FAMILY MAN. I was disappointed and left in disbelief. I never told anyone about this. I just kept it to myself thinking maybe he was just carried away by his own lust.

But when I saw his tweet/post on his verified social media account that he was bashing Duterte's character, I was enraged. This really bothered me.

After Mocha wrote the blind item, netizens quickly jumped to the conclusion that she was referring to Jim Paredes as the latter is apparently the only OPM icon who is a good friend of the Aquinos and vocal against Davao City Mayor Rodrigo Duterte.

And here is the screenshot of Jim's post, courtesy of Fashion Pulis: 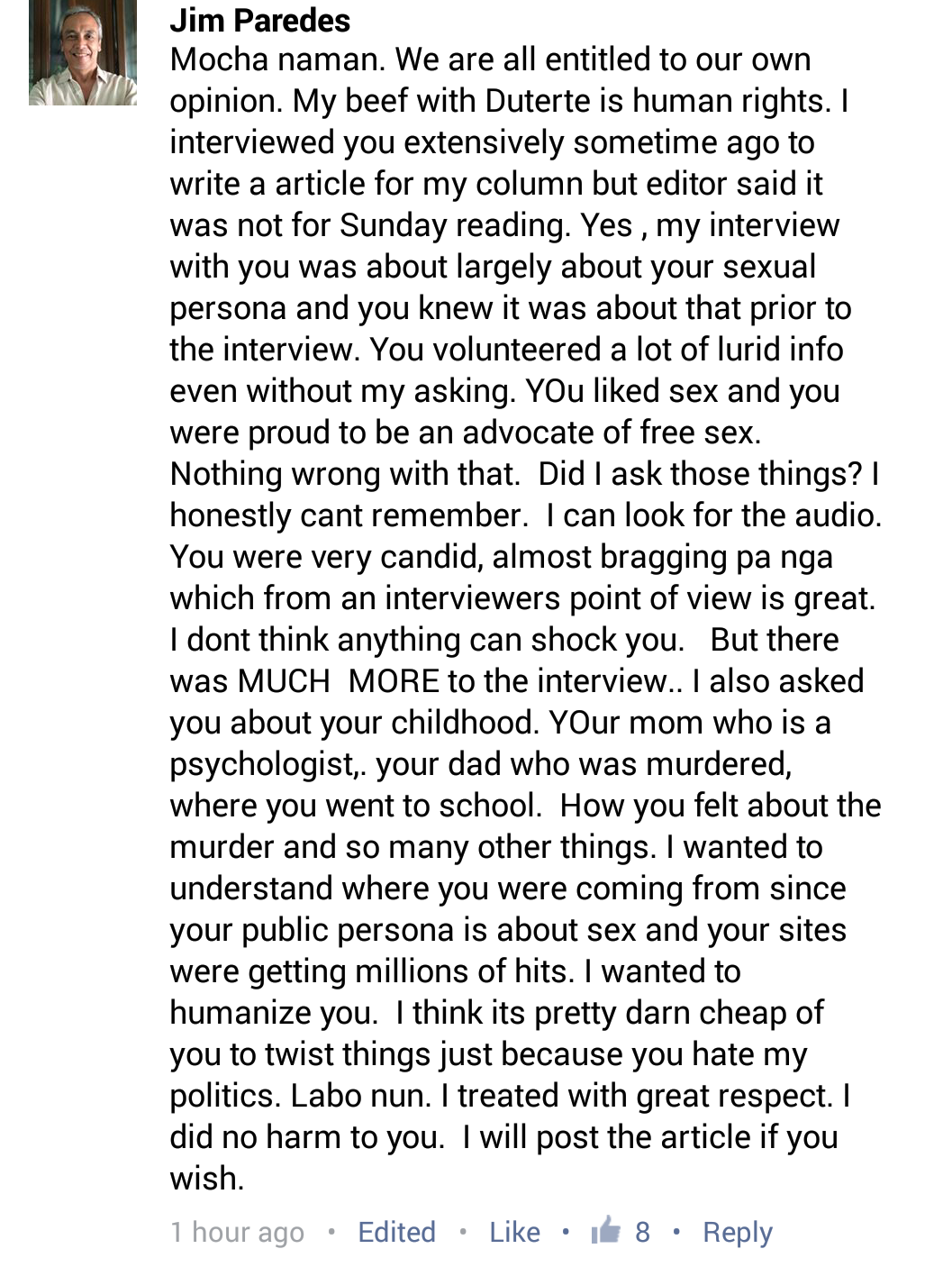