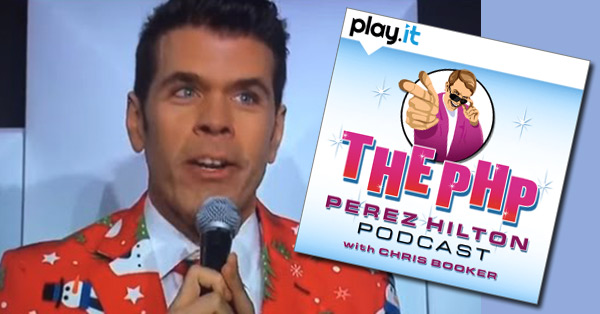 Here are excerpts of that podcast released on Monday, December 21, a day after event host Steve Harvey announced that the winner was Miss Colombia Ariadna Gutierrez then apologized later on and said he made an honest mistake.

Perez reveals what really happened during the controversial coronation night:


"We knew who the chosen 15 was before we started voting...you have instantly your favorites in mind for a variety of reasons and they explain to you that it is a beauty pageant and you really are looking for a beautiful girl. But, it’s not just beauty and I think that’s really important to clarify because a lot of people, especially judging from the comments on my social media from Colombians, they're really upset Miss Colombia did not win.

I'll go on record and state: Miss Colombia was the most beautiful contestant, but I don't think she deserved to win the title.

She didn't win the title for a variety of reasons and I'll get to them all...

Going into the swimsuit portion...I hope I don't get into trouble for this...for me I really took everything into consideration, not just how they look in a bikini, for me, at that point already, I was thinking about them as a person and not as an object because you got to hear them speak. Having said that, Miss Philippines...

Colombia came as if she had already won, and that's sexy also, to have that confidence but I think she truly believed that she was going to win. Whereas Miss Philippines came with something to prove, so before they switched in their swimsuits, I saw them all and I didn't think Philippines would rock the swimsuit competition, you literally had 20 seconds to vote in the swimsuit pageant. For me, I would pre-judge the girls so to me, I would give them a 9 if I wanted them to go through, and then an 8 for a maybe or yes, and a 7 if I didn't want them to go through and then I would fine-tune it.

For me, Colombia was always a frontrunner. I gave her a 9. A girl can sometimes perform and surprise. I wasn't expecting much of Philippines from her swimsuit portion, so I already thought she was not going to be that good, and then she came out, and 'Boom!' she gave me fierceness, then I saw her big ol' probably fake t***ies jigglin'. She owned it and I was like 'Wow, she is rocking this!' I was originally gonna score her way lower, ended up scoring her way higher.

I'm looking for someone that would surprise me, for that sparkle, for that 'It' factor, she really surprised me, I wasn’t expecting her to be so fierce and fabulous in that swimsuit pageant. By then my favorites were Colombia, Philippines, France, USA, Japan, Venezuela, and Dominican Republic.

What also made this pageant different was they introduced a second question, it was really a second opportunity for the contestants to be seen, not just visually, it's really who's deserving of being Miss Universe.

During the interview portion, I thought that Colombia gave a great answer and the Philippines gave a great answer, and then I became a little uncertain, but I was still favoring Colombia at that point, and then, when it was time for advocating, 'Why I should be Miss Universe,' that's when it became certain for me because at that point, I don't know if the people at home could see this, Miss Colombia was being straight-up diva bitch rude to her translator. Did you see this? She was giving the most awful side-eye, throwing major shade because Colombia was not happy with the pace or the way that the translator was translating. It was a major turn-off.

Miss Philippines gave a better answer. It was the second time she gave a great answer and actually a better answer and by that point, I thought, 'Wow, she really brought her A game' and was super competitive but also deserved it. She deserves it. There was a real beauty, grace, and elegance and she is Miss Universe.

She really earned it and won fair and square.


For the full version and clearer, better quality of the podcast, go to www1.play.it/audio/the-php-perez-hilton-podcast