By Admin
December 17, 2015newstrending topicviral
Trending on UCLM Confessions is a story of a guy who got a heart-tearing message response from a girl he dumped three years ago for being fat.

A certain "R" admitted that he was bothered with the physical appearance of "V," his girlfriend in 2012, whom his friends called humba (a Cebuano pork belly dish). His pride was touched with all the teasing so he rejected "V" and replaced her with someone sexy, "C".

"V" cried and begged him not to leave but he did because he longer loves her. She was very devastated.

"R" later noticed that "C" likes to party, drink, and sleep with other guys so he called it quits after over a year. He said that was the time he started to regret for replacing "V" with a b*tch. He tried to look for "V" again but failed as she already deactivated her Facebook account and transferred to another school.

After two years, "R" said he spotted his ex-girlfriend during the intramurals at the University of Cebu – Lapu-Lapu & Mandaue last August. She looked different — she's beautiful, no longer fat, and had long hair. He tried to approach her but someone gave her a hug, her current boyfriend.

"R" said he realized that he still loves her and misses her so badly that he wanted to win her back. He wishes for a second chance.

Three days after "R" posted his story on the UCLM Confessions Facebook page, "V" aired her side, with a heart-tearing response.

Note: We apologize to non-Visayan readers as their stories were written in mixed languages, mostly in Bisaya. 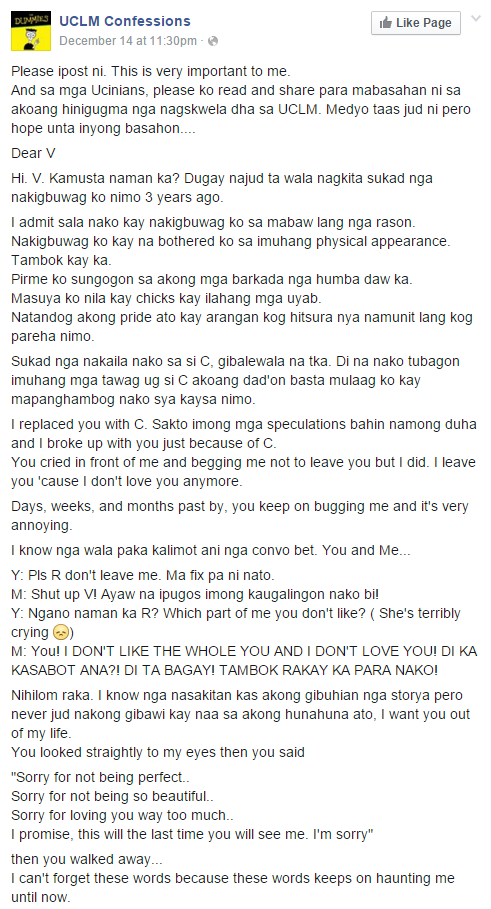 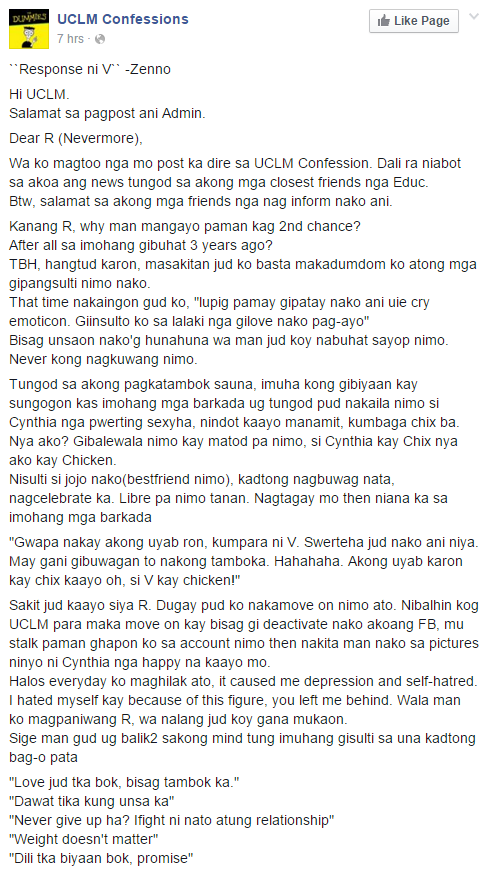