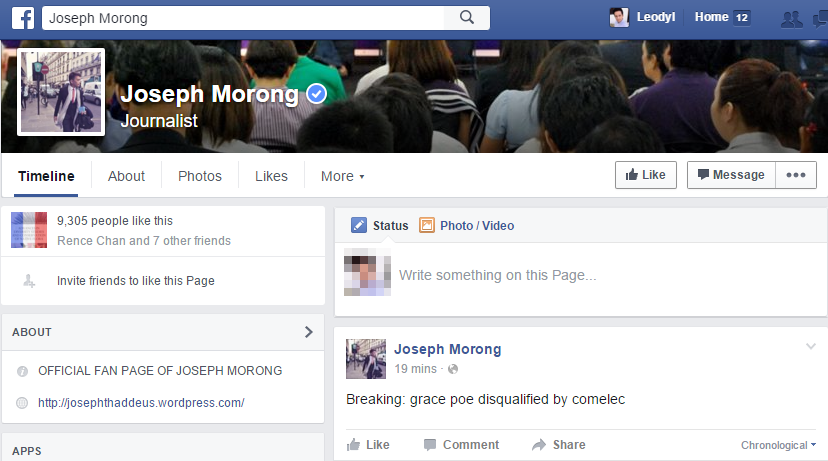 This is the breaking news posted by journalist Joseph Morong on Facebook. 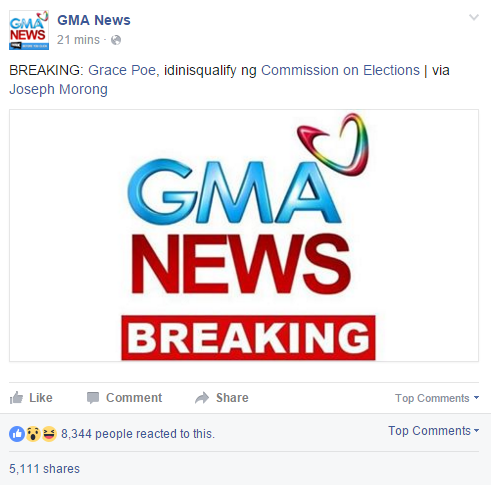 The Comelec has disqualified Poe for not meeting the residency requirement of the Constitution for presidential candidates, GMA News reports.

Comelec second division voted 3-0 in favor of the petition filed by lawyer Estrella Elamparo, seeking the cancellation of Poe's certificate of candidacy for president, according to the report.

Commissioners Al Parreño, Arthur Lim, and Sheriff Abas are the members of the division.