Boy mistaken for 'tiyanak' killed by own grandfather
🔍

Home / news / Boy mistaken for 'tiyanak' killed by own grandfather

Boy mistaken for 'tiyanak' killed by own grandfather

By Coolbuster
December 09, 2015news
A four-year-old boy was killed by his own grandfather who mistook him for a tiyanak, a vampiric creature in Philippine mythology that imitates the form of a child. 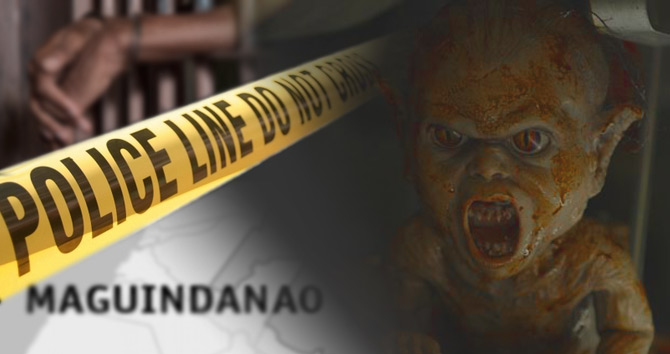 The crime took place in Bliss, Barangay Nituran in Parang, Maguindanao, while the town was experiencing a blackout Sunday night, December 6.

Authorities identified the suspect as Orak Mantawil. He was charged with parricide for killing his own grandson, James Velasco.

The victim's mother, Fatima Velasco, told police that Mantawil brought her son to a room at the height of the power outage and then she heard her father shout "I killed someone!"

Velasco said she rushed to the room and saw her son still breathing. She brought the victim to the hospital but he was declared dead on arrival. The child reportedly sustained body contusions, hack wounds, head injuries, and human bites in his chest.

At the police station, the suspect appeared to be in disbelief for having killed his grandson. "I really don’t know why it happened, I was drunk but I don’t use drugs," he said while being locked-up in a detention cell.

Mantawil showed remorse and apologized to the boy's parents and relatives, but his daughter said "He can no longer bring back the life of my child although he sought forgiveness.

Police said the suspect will be subjected to psychological examination and drug test.