By Coolbuster
November 21, 2015Entertainmentmovienews
The full trailer for the romantic comedy film "My Bebe Love: #KiligPaMore" starring Ai-Ai de las Alas and Vic Sotto with AlDub has been released.

In the story, Alden Richards plays Dondi, a nerd and an obedient nephew to his aunt (Ai-Ai de las Alas) who makes decisions for him. Maine "Yaya Dub" Mendoza, meanwhile, portrays the character of Anna, a stubborn and rebellious girl who seeks the attention of her father (Vic Sotto). Dondi and Anna cross path and their different personalities collide. They eventually fall in love with each other and solve their own problems. — Source 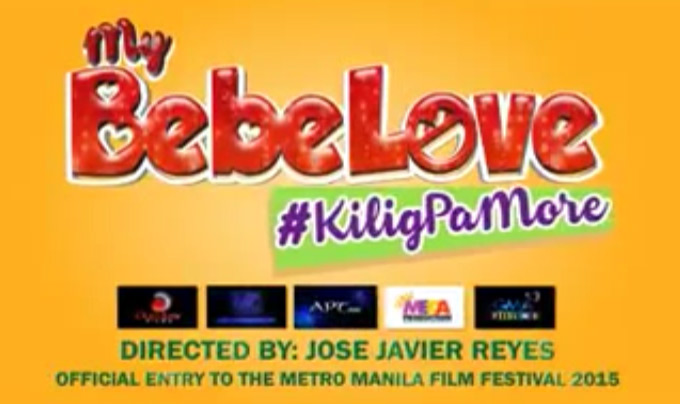 Originally titled "Rom-comin Mo Ako," "My Bebe Love: #KiligPaMore" is directed by Jose Javier Reyes. It will be released in Philippine cinemas on Christmas Day, December 25, as an official entry to the 2015 Metro Manila Film Festival (MMFF).

Reyes, who also wrote the movie script, incorporated some of the story suggestions from AlDub fans. He has put up a contest on Twitter and the winners will be given free pass to the film's premiere night.