By Coolbuster
November 02, 2015newsphotoviral
Yexel Sebastian, brother of the late internet star Jam Sebastian, felt goosebumps when he noticed a man who looks like the latter in his selfie.


On October 31st, Yexel took a photo of him and his girlfriend during a mall show. When he posted it on Facebook, someone from his friends list spotted Jam in the audience, smiling and enjoying their performance.

Yexel said he then received a zoomed version of the picture with the face of the ghost encircled. 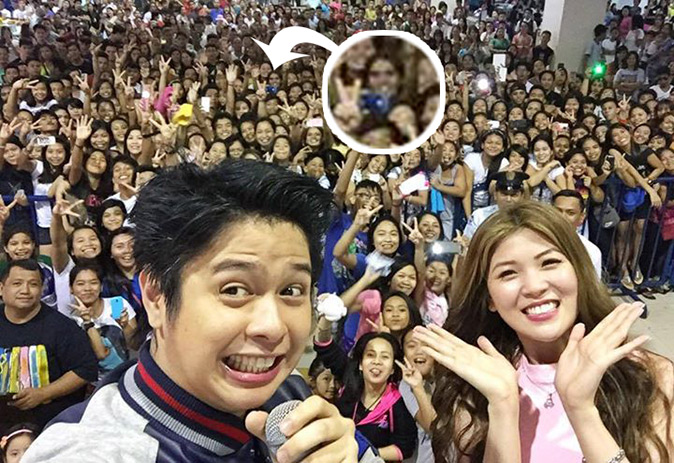 The captured image appeared to be the face of Jam at the time when he was already admitted in the hospital while fighting for his life.

Jam Sebastian lost his battle against stage four lung cancer last March 4. Yexel and some family members and friends were beside him when he passed away.