By Coolbuster
November 24, 2015newsviral story
A dead woman, who passed away almost two months ago, was allegedly left alone, unattended by her granddaughter at a funeral home in Davao City.

The pitiful situation of the late Zosima Espelita, who died last September 27, was discovered by a certain Rollin Palma Gil Stone, who shared the heartbreaking story on Facebook.

In his post on Monday, November 23, Stone narrated that when he went to the Cosmopolitan Funeral Home to show sympathy to a grieving friend, he noticed that there was nobody at Espelita's room and no relative visited to attend the wake nor take a vigil.

He found out from a friend who was told by a storekeeper that a daughter of Espelita residing overseas already sent money to cover the funeral expenses, but the funds were allegedly spent by another family member at the casino with the hope to double the money. 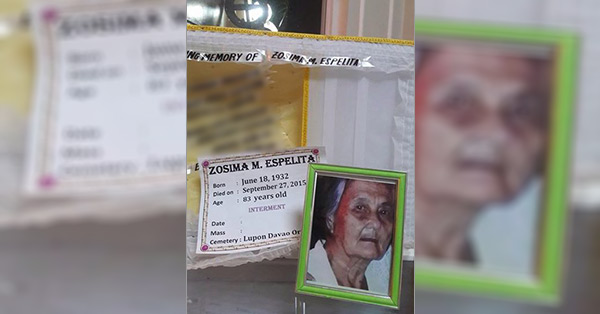 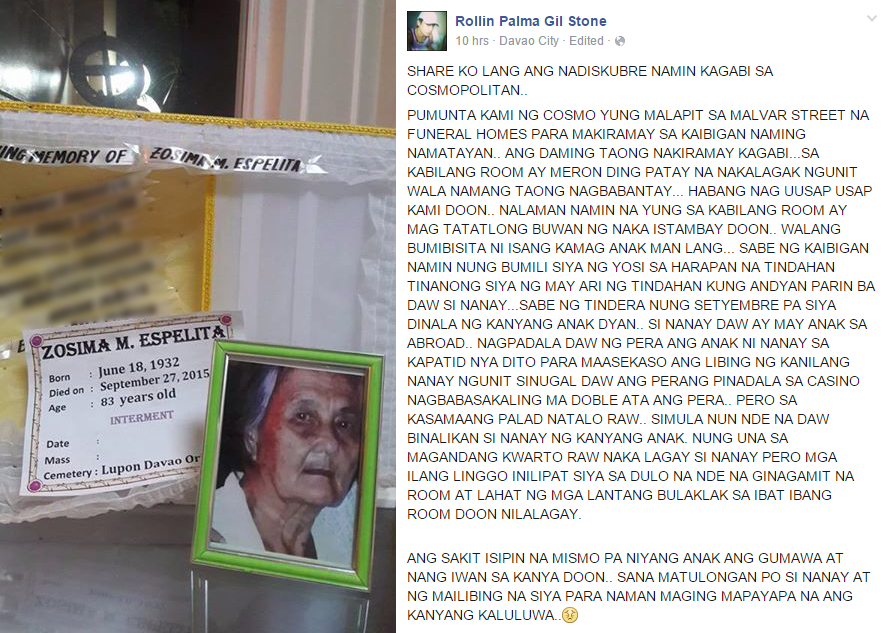 In his reply to a comment, Stone said the current bill already reached almost P200,000 and the relatives of the deceased do not have the capacity to pay it. Such huge amount is believed to be the reason why they haven't claimed Espelita's remains.

People who said they know the family blamed the dead woman's granddaughter, accusing her of spending more time on leisure activities rather than giving the deceased a decent burial. 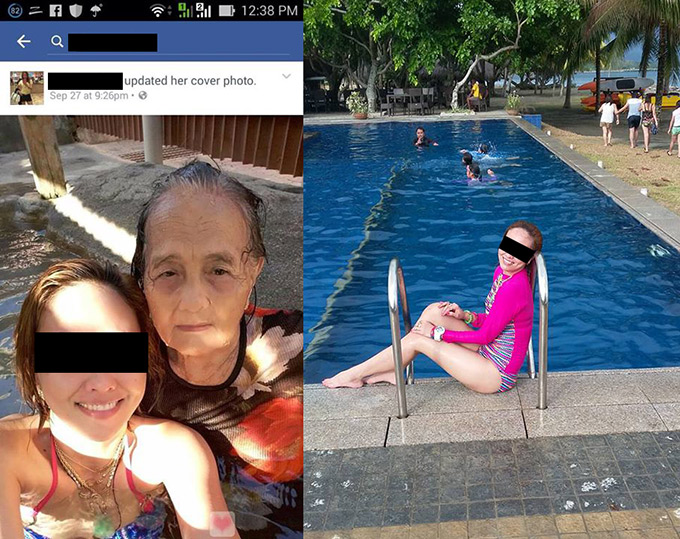 In a Facebook post, the granddaughter refuted the accusation saying it's all gossip and the story was just made up.