By Admin
October 19, 2015newsvideoviral
"I am the President of the Philippines!" This is the claim of an unidentified woman, who made a scene outside the Commission on Elections main office in Manila.


In the video posted on Facebook by a certain Michael Tumagan, the woman shows the crowd a picture of national hero Dr. Jose Rizal upon arriving at the entrance gate of Palacio del Gobernador in Intramuros, Manila, where presidential aspirants file their certificate of candidacy. 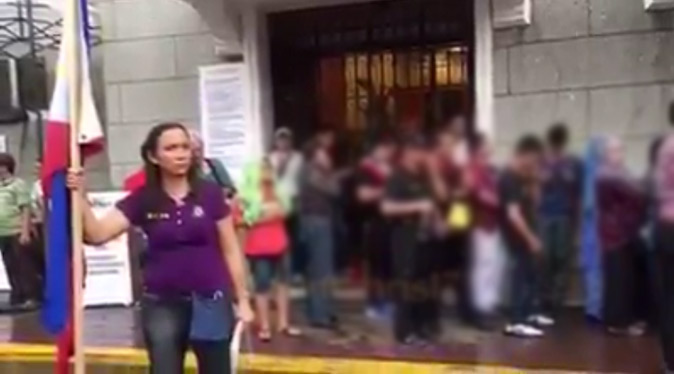 Behaving strangely, the woman started shouting and cursing while claiming that she holds the country's top executive position and even told Comelec Chairman Andres Bautista and his staff to "stop the elections."

Some cops tried to pacify her, but the woman continued to convince the public that she is "their president" to the amusement of onlookers who, in one instance, gave her a round of applause.

There came a point that she acted violently, hitting a few people. However, the police officers kept their composure and observed maximum tolerance.

Online, the woman who claimed she's the President of the Philippines became a laughing stock. It is wrong to judge her though because nobody knows what she's been through.