By Admin
October 02, 2015newsvideoviral
A group of sexy dancers, said to be senatorial aspirant Francis Tolentino's alleged birthday gift to a solon, performed in a post-Liberal Party event in Laguna.


INQUIRER.net posted a video of the show and identified the performers as the all-female dance group Playgirls, one of whom is seen gyrating on top of a politician. 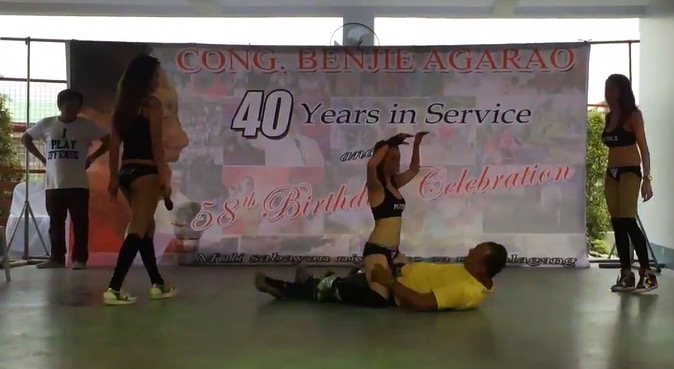 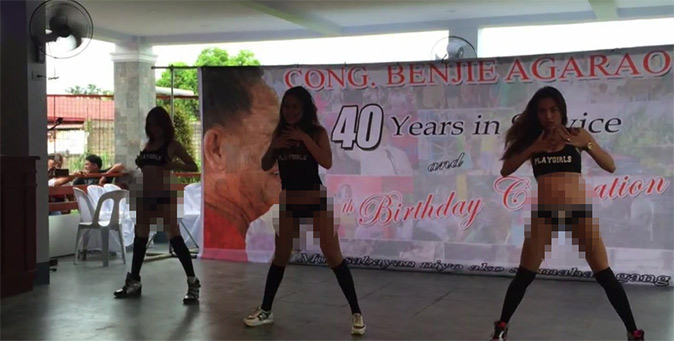 The performance happened after the political party held an oathtaking ceremony for eighty of its new members.

The emcee reportedly said the girls were a "surprise gift" from Tolentino, chairman of the Metropolitan Manila Development Authority and one of LP's possible senatorial candidates in the 2016 elections, for the attendees, in time for Congressman Benjie Agarao's 58th birthday celebration.

In a text message to the news outlet, he denied bringing any singer or dancer to the gathering and said the emcee "probably got misinformed."

A report aired Thursday night on primetime newscast TV Patrol said LP presidential bet and former DILG secretary Mar Roxas, who led the oathtaking earlier, was not around when the performance took place.

Tolentino has earned flak from netizens.