By Admin
October 02, 2015newsphotoviral
A photo of students in uniform having a drinking session has gone viral and sparked a debate on whether it's a norm among today's youth.


In the picture, which was uploaded September 30 on Facebook, a group of students is seen drinking the light version of a famous brandy. 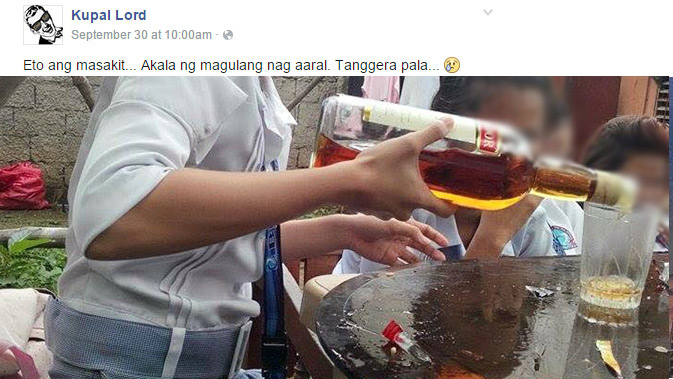 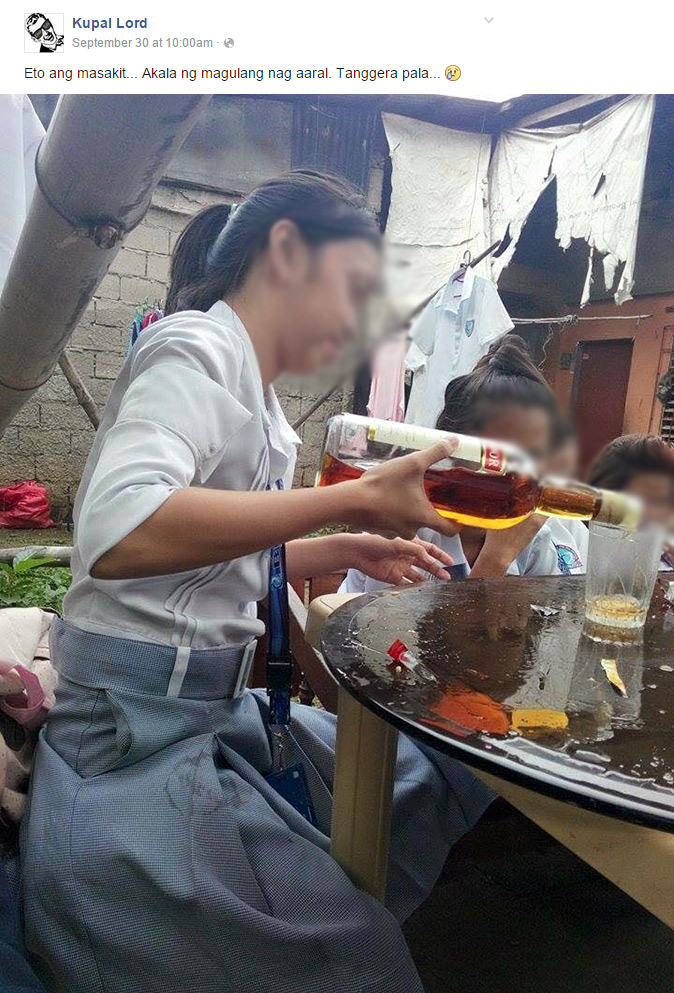 The post did not say if there was an occasion or it was a normal day to unwind. However, some social media users quickly jumped to the conclusion that the students skipped classes just to have a good time with their friends.

A netizen reacted to the negative comments and said nobody should judge the students in the viral photo. The angry commenter added that the picture shouldn't have been shared on social media as lives could be destroyed. 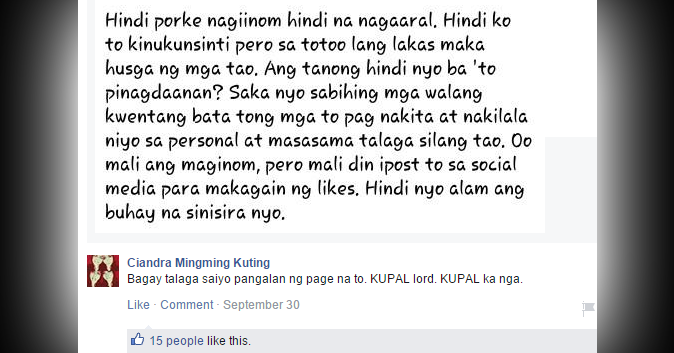