According to the grapevine, Sam is a third party to AlDub.

The rumor started to circulate after some Facebook pages and gossip blogs posted a video featuring the 25-year-old actress and commercial model performing a dance number with the "Pambansang Bae."

It was found out that the performance happened four years ago on the now defunct GMA-7 weekend variety show "Party Pilipinas." 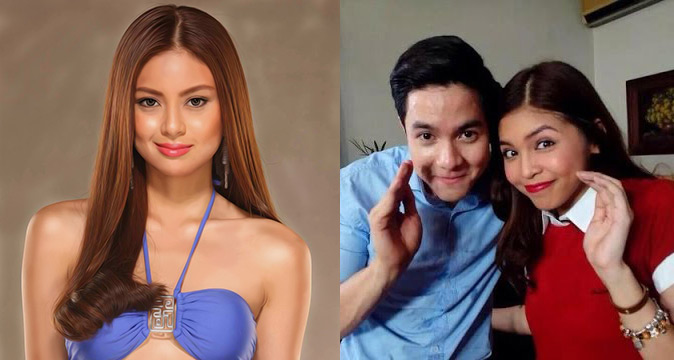 The 25-year-old "Bubble Gang" cast member was linked to Alden when the latter was still a showbiz newcomer. At the time, the Kapuso actor even admitted to reporters that he had a crush on her.

In a recent interview with an entertainment website, Sam confirmed that she and Alden dated. The date took place in a cruise, which was part of the promotion for the film "Tween Academy Class of 2012" back in 2011.

The actress clarified that Alden, who is two years younger, did not directly court her.

Feared to be bashed by millions of AlDub fans worldwide, the "Ang Maria Labo" star said she doesn't want people to think that she's riding on Alden's popularity.