The video, which runs for 1 minute and 9 seconds, shows a couple doing a sexual exhibition at the corner of a heavily crowded business establishment, with their clothes on.

The guy is seen plunging a finger or two into his partner's genital area, sometimes punching it, while someone behind what is believed to be a one-way mirror records the steamy scene. 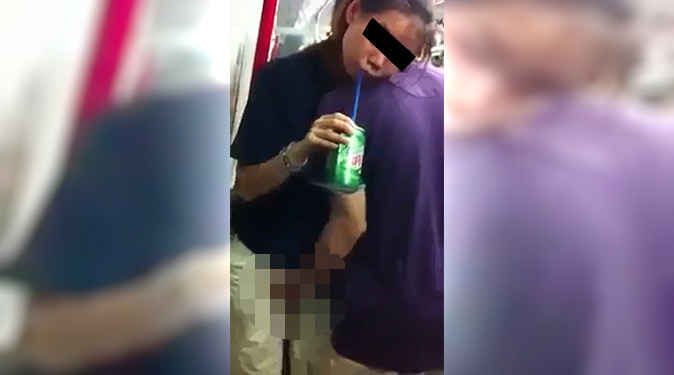 Facebook pages labeled the viral video as "Mountain Dew Scandal" because the girl is holding and sipping the Pepsi-produced carbonated soft drink while letting her man do the act.

But contrary to reports that the amorous individuals were Filipinos, it was found out that the persons involved were Chinese. Those claiming that the video is new were wrong as it made its way online (on an adult site) sometime in 2013.

Apparently, most of the pages revived the scandal video and provided false information to gain likes.