By Coolbuster
October 30, 2015newsvideoviral
Another lewd act has been captured on video that's currently circulating on Facebook. The scandal happened in one of the branches of Mang Inasal.


A group of female customers were eating at the fastfood restaurant when they noticed a teenage boy standing behind the glass wall. Out of curiosity, one of them started to roll the camera.

They got surprised when the teenager exposed his manhood and started playing with it while occasionally peeping at some girls inside the establishment.

Speaking in Bisaya, the video taker said she can't look at the young man doing the act, but her companions can be heard giggling and laughing as if they enjoyed watching the rare public exhibition. 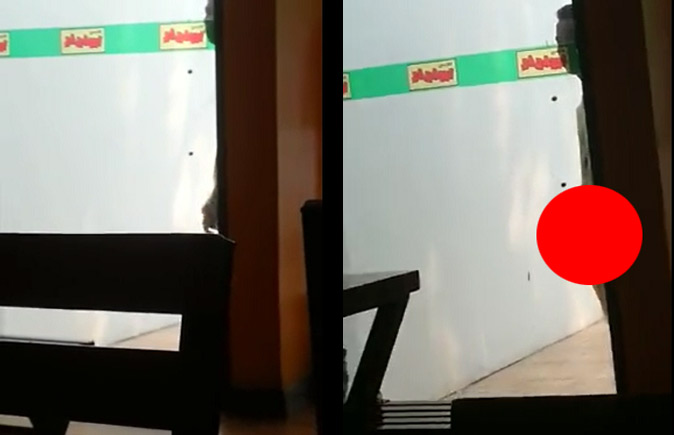 As the video posted on October 25 quickly spread online, netizens who saw it speculated that the boy wasn't in his right mind, drunk, or might be high on drugs. The kindhearted ones said the boy should be checked to find out if he is mentally ill and if so, be treated accordingly.

So far, the scandalous video taken at Mang Inasal has been viewed over 240,000 times.