By Admin
October 21, 2015newsscandalvideoviral
A scandalous video showing a couple, believed to be students, doing an intimate act inside what appears to be a KTV bar has gone viral online.

Shot from what is believed to be a one-way mirror using a cellphone, the video shows a woman in a forward and back grinding motion while her partner is sitting and leaning on a long couch. 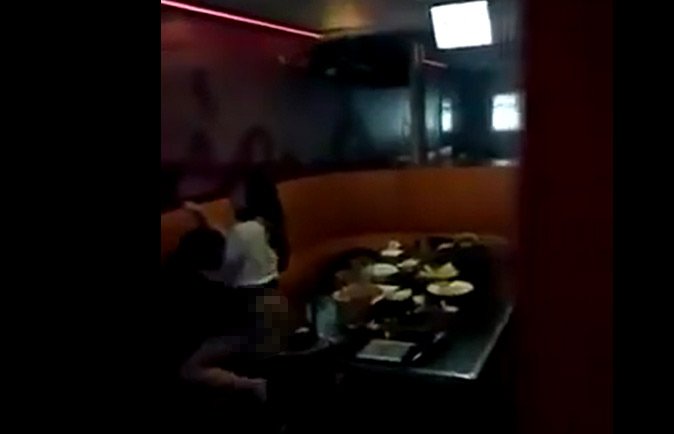 The KTV bar scandal video runs for 44 seconds only.

No one mentioned the identity of the students and the name or address of their school, not even the city location of the videoke bar.

Some netizens said the woman in the KTV bar scandal video is not a student but an "escort." Many disagreed and said her uniform looks "familiar."