Driver of counterflowing vehicle a doctor rushing to hospital for emergency

By Admin
October 23, 2015newsvideoviral
The driver of the counterflowing vehicle on EDSA Magallanes last Wednesday is a doctor who rushed to the hospital for an emergency.


The driver was identified as Dr. Rosendo Roque, an obstetrician/gynecologist (OB/GYN) from San Juan De Dios Hospital and University of Santo Tomas (UST) Hospital. His vehicle was caught on camera counterflowing along Magallanes flyover at around 1 p.m. on October 21st. 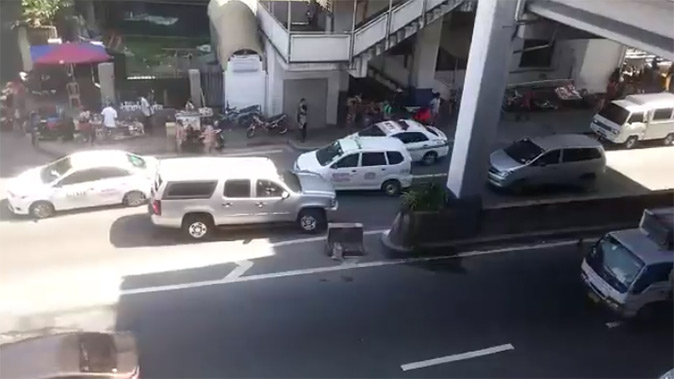 The video, which went viral quickly, was posted on the Facebook page of leading motoring magazine Top Gear Philippines. The caption reads: "If counter-flowing were a sport, we'd have an Olympic gold medal."

The video-taker, according to TGP, said: "This was on northbound EDSA just below MRT Magallanes (Alphaland Southgate Mall). Apparently, 2 SUVs with an MMDA escort on a motorcycle went counter-flowing going down the Magallanes flyover to make a U-turn toward Chino Roces Extension."

If counter-flowing were a sport, we'd have an Olympic gold medal.

On its FB page, the Metropolitan Manila Development Authority (MMDA) made a clarification saying Dr. Roque "was on his way to the UST Hospital to attend to his patient who was about to give birth."

This is to clarify the details regarding the video posted by Top Gear PH of a counterflowing vehicle along EDSA Magallanes MRT Station NB. Upon investigation by MMDA Management, it was found out that two (2) SUVs were involved in an accident last October 21, 2015 around 1:00 PM along Magallanes flyover. This was responded to by our MMDA Traffic Constable III Joel Gasmenia.

One of the involved drivers was Dr. Rosendo Roque, 70 years old, and an OB-GYN who was on his way to the UST hospital to attend to his patient who was about to give birth. Acting in good faith for the doctor’s urgent call to the hospital, Constable Gasmenia used his better judgment and decided to assist the involved vehicles to counterflow along EDSA Magallanes MRT NB to cut the route going to the Malugay Traffic Bureau.

In a statement sent to the MMDA, Dr. Roque said:

“To MMDA Authority, please be informed that I would like to thank Constable Joel Gasmenia for assisting us after being involved in a vehicular accident that happened in the Magallanes overpass in October 21, 2015. When he learned that I am a doctor who has a scheduled operation, he did everything to expedite our way to Malugay Police Station… Again, many thanks to your organization for having Joel Gasmenia who has sense how to handle an accident.” – Dr. Rosendo Roque, Consultant OB GYN (San Juan De Dios Hospital and UST)

We hope that this puts clarity on this issue. Thank you very much.

This is clear proof that judging anything or anyone based solely on a viral video is no good. We wonder how many facepalms those who criticized the driver made?