Bagito Scandal 3 video hits the internet like a typhoon

By Admin
October 19, 2015newsscandalvideoviral
A video many called Bagito Scandal 3, which features two students doing an intimate act inside a classroom, has hit the internet like a typhoon.


The 1-minute, 6-second clip taken by a "ninja cameraman" from a hole in the wall of a school building went viral just as Typhoon Lando pounded many parts of Northern Luzon in the Philippines over the weekend.

Bagito Scandal 3 was immediately associated by social media users to the now defunct television series, "Bagito," which starred Nash Aguas, Alexa Ilacad and Ella Cruz, simply because the ones involved are students. 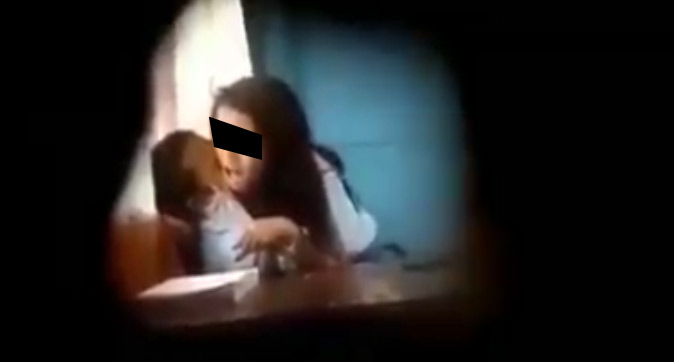 There were more than a thousand FB posts and hundreds of blogs about the scandalous video as netizens search for download links. As of 7 a.m. today, the uploaded lewd material already garnered over 108,000 shares and 1.4 million views.