By Admin
October 21, 2015newstrending topic
Haters of Alden Richards and Maine 'Yaya Dub" Mendoza (AlDub) issued a bomb threat and prayed for a stampede at the pair's upcoming concert.


The phenomenal love team will perform in their first ever concert titled "Tamang Panahon" at the Philippine Arena in Bocaue, Bulacan on Saturday, October 24, with the hosts of GMA-7's noontime variety show "Eat Bulaga!"

Reports said proceeds of the event will be utilized for the establishment of AlDub libraries across the country.

On Wednesday, October 21st, popular gossip blog Fashion Pulis published screenshots of posts made by alleged AlDub haters who threatened to plant and detonate a bomb at the venue.

Netizens Christian Jay and Angelica both hoped that a bomb will explode during the AlDub concert while a certain Jet wished for a stampede to happen. 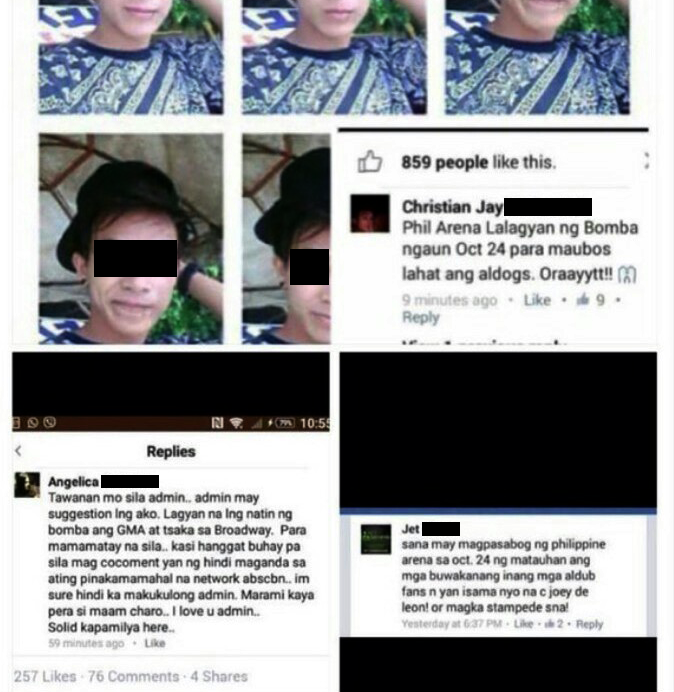 Alden and Yaya Dub have yet to give a word regarding the bomb threats.

Senator Tito Sotto, an Eat Bulaga pioneer, condemned the threats and promised to hunt down and hold those who made it accountable.