By Admin
September 28, 2015newsvideoviral
A cellphone video that captured an unidentified high school teacher cursing and apparently slapping students inside the classroom has gone viral online over the weekend.


The 1-minute, 29-second clip shows the angry mentor scolding a group of students while the rest of the class listen. 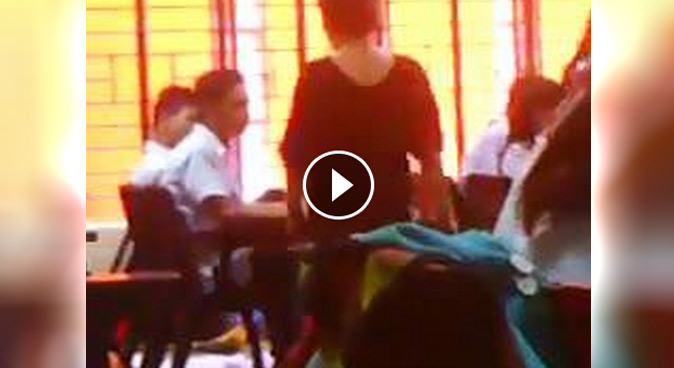 It's unknown what triggered her rage, but viewers speculated that the students misbehaved while she was giving a lecture on a particular subject.

Some netizens sympathetic to the teacher said hardheaded students deserve some tongue-lashing as a punishment for disrespecting her while doing a noble job.

Others argued that her act was unprofessional and unbecoming of an educator, saying she should have set a meeting with the parents to personally talk things over and so they can admonish their children themselves.