By Coolbuster
September 15, 2015newsphototrending topicviral
Furious netizens have criticized a Bureau of Internal Revenue official who was accused of reporting late for duty and relaxing in his office.

In the caption, she said the BIR official arrived at exactly 11:30 in the morning on Thursday, September 10, ate lunch at 12 noon then asked an office asssistant to have his white hair removed.

Caparas, who waited for more than 3 hours to accomplish a transaction, must be very disappointed at that time because her need as a client, as a taxpayer and customer was not attended to. 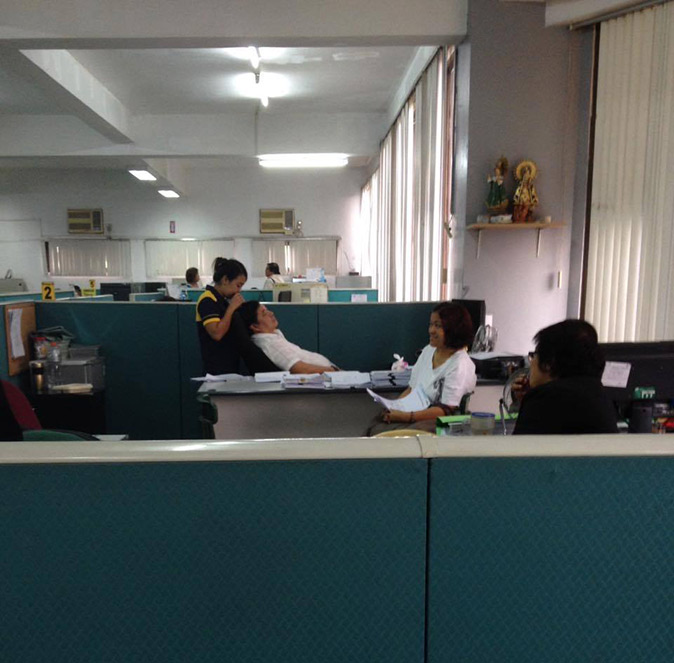 As of 9:30 today, the viral photos already got more than 20,000 likes, 36,000 shares, and over 4,000 comments. One of those who responded to the thread is Presidential Spokesperson Edwin Lacierda.

Good afternoon, this is Edwin Lacierda and I am respectfully posting here a message from Commissioner Kim Henares. She does not have a FB page and so she asked me to convey her message to this post - "The management of the BIR has started conducting an investigation on the matter as soon as the matter came to our attention yesterday. We would like to thank the people concerned for helping us make sure our people do their job by helping us monitor them by providing us with actionable information. To our people, we would like to remind them that we should perform our work efficiently and diligently as this is what we have sworn to do, and we are all accountable to doing so."

When San Juan was asked to explain his side, he told BIR-Pasig Revenue District Officer Emilia Combes that he was "not feeling well" that day. He was "dizzy."

Caparas said he should have taken a sick leave. 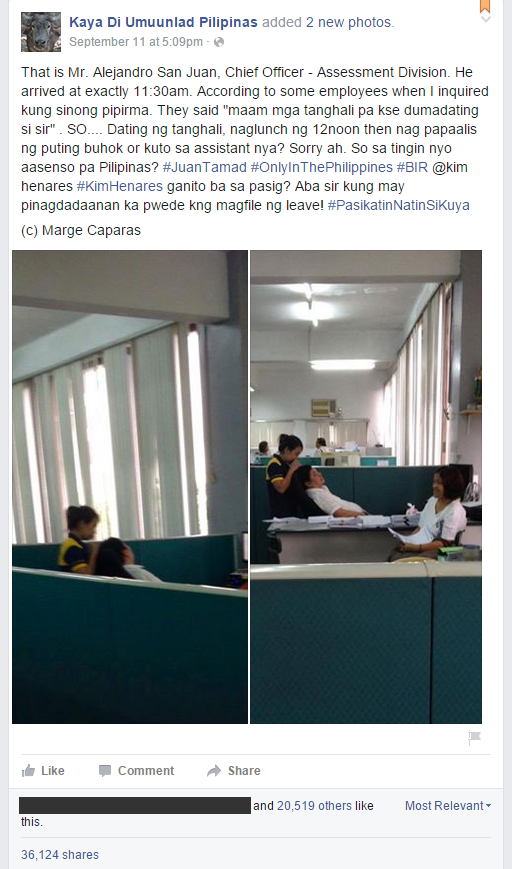 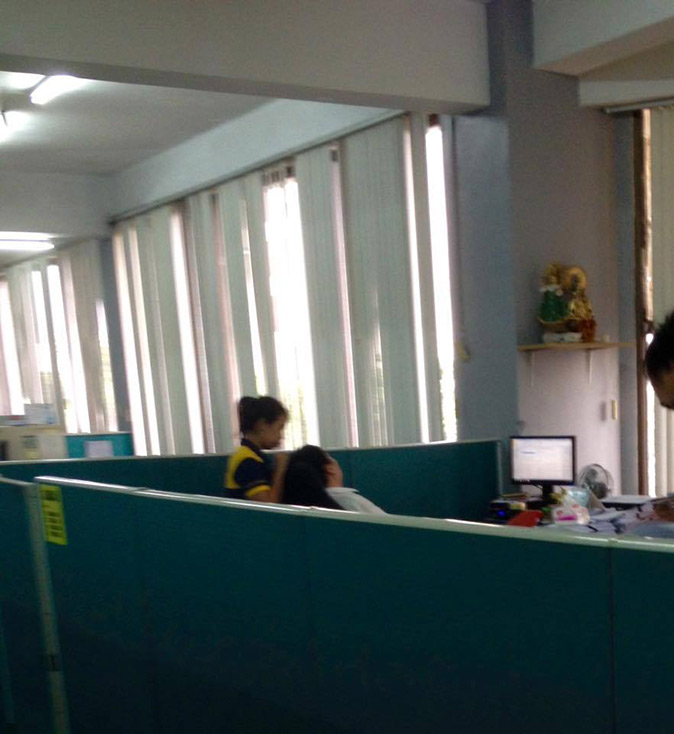