Thousands of Lumads forced to evacuate due to killings
🔍

Home / news / Thousands of Lumads forced to evacuate due to killings

Thousands of Lumads forced to evacuate due to killings

By Hosting Happiness
September 25, 2015news
Thousands of Lumads in Mindanao have been discplaced from their territories for fear of becoming victims to the recent summary killings.


A notorious paramilitary group has been suspected to be conspiring with the military in killing the Lumads, causing massive force evacuation.

A village located in Sitio Han-ayan, Barangay Diatagon, in Lianga, Surigao del Sur province turned into a ghost town after all of its people, filled with fear and trembling with terror, hurriedly evacuated.

According to reports, men allegedly wearing AFP patches carrying heavy weapons arrived in their village around 3 in the morning of September 1st, invading houses and forcing people to go out of their homes. The armed men were said to be members of the so-called paramilitary group Mahagat Bagani who brutally killed three people.

They said their attack was to destroy communities who support the CPP-NPA (Communist Party of the Philippines-New People’s Army) and destroy the Manobo group Malahutayong Pakigbigsog Alang sa Sumusunod (Mapasu) and Alcade, a privately-owned secondary school which helps in educating the lumad students.

They accused these organizations as front and that they support the CPP-NPA, which led to the bloody invasion.

After expressing their agenda, one the armed men identified as Loloy Tejero asked one of the Mapasu members, Datu Aurelio Sinzo, if they could give an assurance that they will no longer help the NPA. When he couldn’t give the answer that they wanted, they were fired with gunshots while trying to run away. But even before that, one of the tribal leaders and Mapasu president Dionel Campos were asked to lie on the ground. He was shot several times when he resisted.

The incidence lasted for two hours while the soldiers of 75th IB (Infantry Battalion) were just around 200 meters away, according to one of the villagers, Rommel Campos. If they have responded, they could have arrived in no time but they didn’t, he said.

Few minutes after the armed men left, the villagers found Emerito Samarca, Alcadev’s executive director, dead inside the school compound with both hands and feet tied and his throat slit, prompting people to evacuate. They still have no plans of returning to their homes and families as their innocent children were forced to find solace in the evacuation shelters in Tandag City. 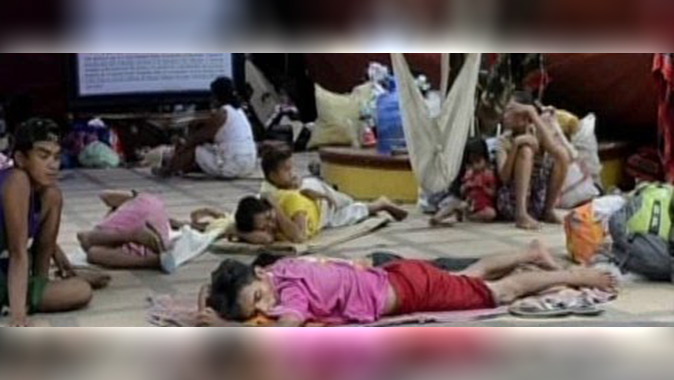