By Admin
September 28, 2015newstrending topic
This article, originally posted on a Facebook Note on September 28, has been published with permission from writer and director Mike E. Sandejas.


The Assassination of Lea Salonga

Lea Salonga did so much for our culture.

Because of the way she was treated recently, Filipinos do not deserve her. Antonio Luna was massacred by fellow Filipinos, the same was virtually done to Lea.

She said it wasn’t about ALDUB but they already “jumped the gun” and “shot” her. I wish it really was about ALDUB because it was spot on.

Lea Salonga is a Filipino heroine. Internet trends and TV gimmickry have been known to have a lifespan of a typhoon. Lea's Tony and Olivier awards, her voice in Disney films, and her haunting performances in Broadway will be remembered forever.

She is as much a Filipino Hero as Heneral Luna in the recent trending film. Difference being that she won her battles against foreigners and she wasn’t murdered. But considering how much she did for this nation, those remarks about her by her fellow Filipinos were like bullets shot into her heart.

The internet is both empowering and enslaving. We are all its minions. It is the new battlefield with a different kind of engagement. No more guns, only likes and words.

I think ALDUB is absurd. I cannot argue with its success, only its lack of substance. But, hey, its a free country.

I would hope to make something trend, too. This message of support for my hero. 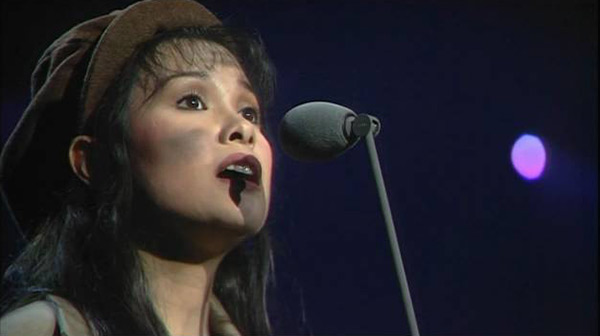 Lea Salonga has been bashed by fans of Alden Richards and Maine "Yaya Dub" Mendoza, collectively known as AlDub, for her Twitter post about kababawan (shallowness). Click here for the related article.