The gorgeous lady got the attention of netizens over the weekend after the Philippine Azkals member posted their pictures together on Instagram. Many of Phil's IG followers were asking if she is his new girlfriend. 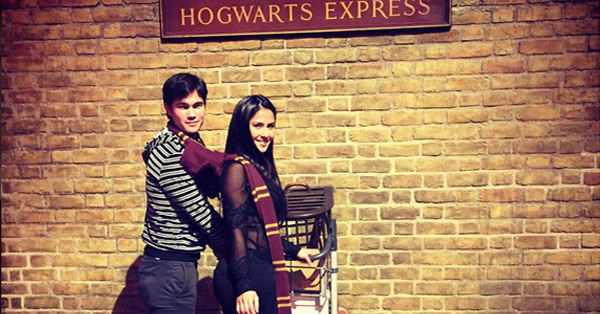 The Fil-Brit football player did not mention his relationship with the UK-based model, but based on the pictures that he posted, the couple were together in some trips including one where they can be seen visiting a location of the movie franchise "Harry Potter" in London, England.

Got an invite from Dumbledore to go to Hogwarts. Didn't have much time to prepare so packed our bags and off we went ⚡️🚂🏰

Another photo shows Phil and Mags posing at a pool area during their "weekend getaway."

After Phil Younghusband revealed his new girlriend, some showbiz-oriented netizens quickly compared Mags to his ex-GF, actress Angel Locsin, whom he broke-up with two years ago.

Online discussions as to who is sexier between the model and Kapamilya star is expected in the coming days.