By Admin
September 29, 2015newsviral
A woman got bashed by netizens on social media after she took the selfie to a bizarre level — proudly posing with a dead baby in her photos.


Using the hashtag #nakikiramaypokame, Facebook user Elvie Gulapo Felias expressed sympathy to the bereaved family and said she only wants to drink coffee and eat bread at the wake of a child who was placed inside a coffin made of carton.

But the usage of the word "bereaved" here is somehow inappropriate because it appears that the mother wasn't mourning the death of her child.

After receiving a barrage of harsh criticisms, curses and all on the social networking site, Felias uploaded a groupie with the mother and another friend apparently to prove that they are not grieving over the little angel's passing.

Some netizens said the woman on the hot seat was even pissed off and allegedly complained about "epal" and "kulang sa pansin" (attention seeking) people who reacted to her selfie photo with the dead baby in the background.

Felias, who already deactivated her FB account, clearly isn't apologetic based on her response to the reactions of netizens. 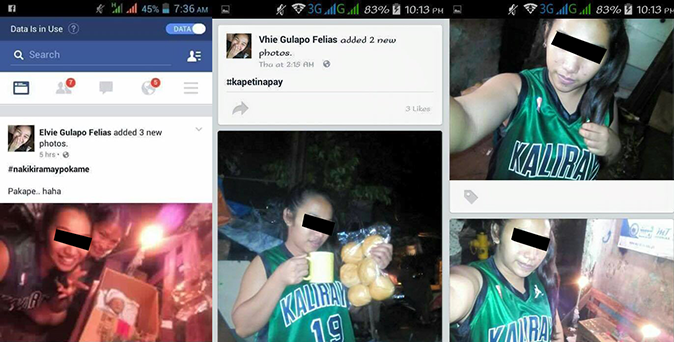