By Coolbuster
September 30, 2015newstrending topic
This could also happen to some husbands of women who work abroad: A man shamed his ex-wife and posted a photo of her kissing a boyfriend.


Facebook user Reylan Celis alleged that the guy in the scandalous pictures is the third one his former spouse entered into a relationship with since she left him. One of his friends identified the pair as Rose Anne Celis and Bong Duarte.

For Reylan to have the guts to post photos of his ex-wife wearing only an undergarment while taking a selfie and doing something indecent with another man, he must have been very hurt and devastated.

But does bitterness and their unfortunate plight give him the right to publicly ridicule Rose Anne considering that she's no longer his wife? Was there a reason that caused her to cheat and leave him for another?

Although families were broken, relationships failed, and feelings were crushed (these are a given), it isn't right to judge the persons involved without even knowing the two sides of the story.

We should always be fair. What do you think? 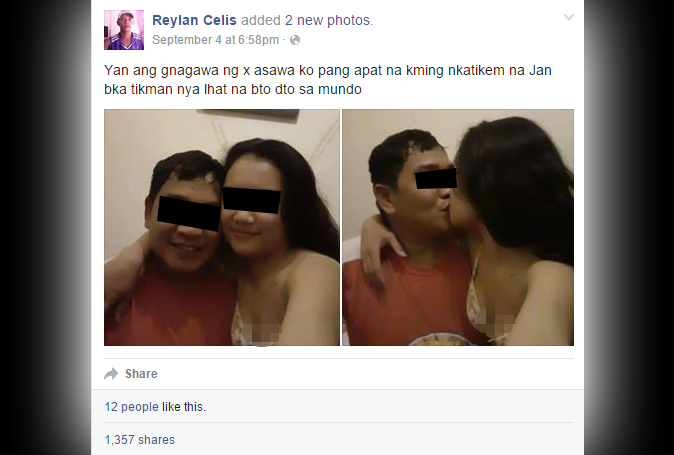 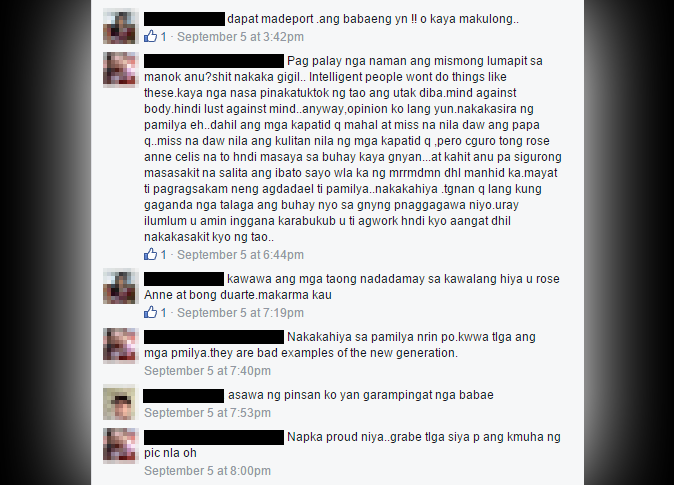