By Coolbuster
September 02, 2015newstrending topicviral
A member of the Iglesia Ni Cristo (INC) has denied posting a Facebook rant that went viral on social media and sparked outrage among gays.

He also allegedly bragged that the INC is wealthier than the government. 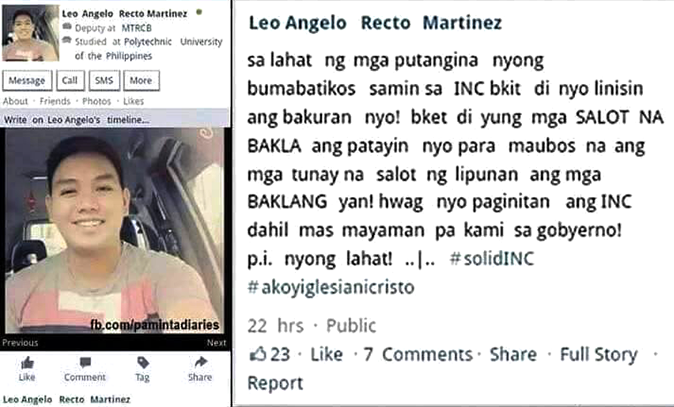 In a status post on Tuesday, September 1, Martinez thanked those who sent him a screenshot of the derogatory statement but refuted allegations that he was the one who posted it.

He claimed that it was published using a "dummy account" to discredit him as an INC member. 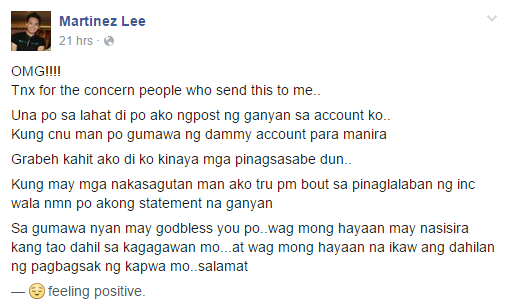