By Coolbuster
September 14, 2015newsshowbiz
Rumor has it that Ellen Adarna got drunk at Star Magic Ball 2015, left her date Ejay Falcon, and then held hands with Paulo Avelino.

At first, Ellen and Ejay were together at the red carpet but the actor was left alone later in the night, according to the report. 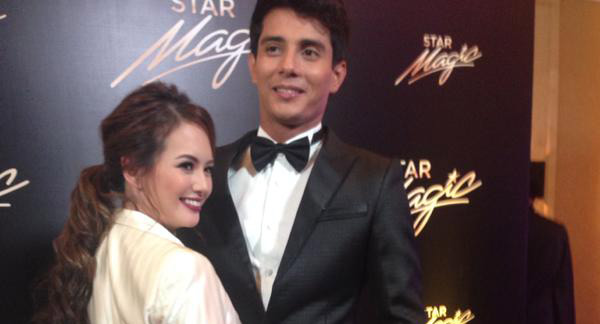 "Pasion de Amor" stars Ellen Adarna and Ejay Falcon together at the #9thStarMagicBall | via @vincepgarcia pic.twitter.com/YdnZyk1r2z

Another video showed Ellen in one table with Paulo and at one point they were spotted on cam holding each other's hands. The lenses also captured Ejay seemingly abandoned at one side of the venue as he appeared to be annoyed of the circumstances.

The "Pasion de Amor" pair has yet to give a word on the controversy while Paulo, who's been linked to actress Maja Salvador, is also expected to comment on the issue soon.

Meanwhile, Ellen became a Twitter trending topic after the report was aired. Here are some relevant tweets from showbiz-oriented netizens:

Ellen Adarna is being true to herself 😂🙌

Before asking an ultra liberated girl to be ur date, make sure ur not boring. Baka ma "Ellen Adarna Zoned" ka pa!😂Pinalitan ka on the spot!😂

Ellen Adarna.😂 Well, she's just being her real self. What you see is what you get. If Ejay Falcon is serious then he has to deal with it!😜👊